Yavlinsky "explained" why Russia could expect a "collapse"

December 3 2018
126
The other day on the official Online Grigory Yavlinsky published an article in which he presented his opinion on the position of Russia in the modern world. To understand the main message of the article, it is enough to pay attention to just one word - “annexation”. This is how the opposition politician calls the reunification of Crimea with Russia, adding that this process has turned the Russian Federation into a “country with unrecognized borders.” 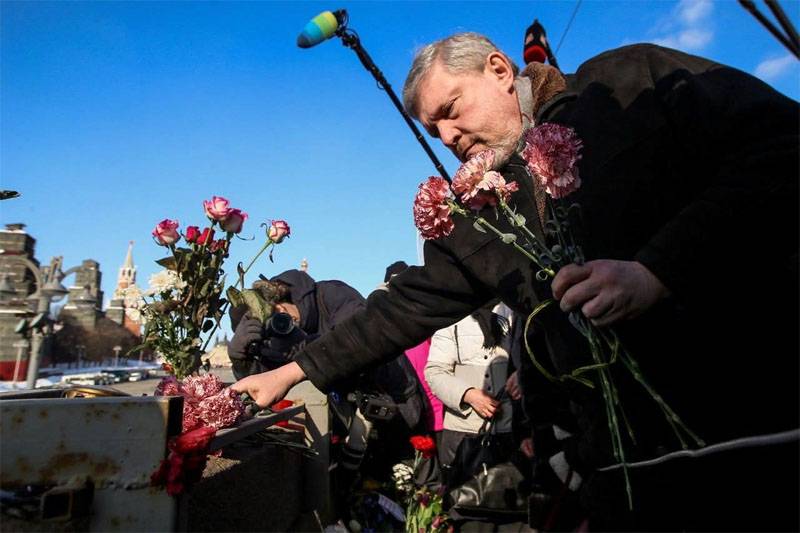 Apparently, Mr. Yavlinsky forgets that in the world and before the reunification of the Crimea with Russia there were states that tried to challenge the borders of the Russian Federation. Among such countries, for example, Japan and Latvia. The first continues to expect to receive the South Kuriles, the second claims to one of the regions of the Russian North-West.

The emerging situation Yavlinsky describes as follows:
Russia came close to a full-scale open war with Ukraine. This is not only criminal, but also highly contradicts the national interests of Russia, negates the foreseeable future.

It is hardly necessary to assume that Yavlinsky is not aware of the fact that Russia is not going to fight with Ukraine, if he does not know that Western intelligence services are the ones who are pushing Ukraine towards a full-scale and open war with the Russian Federation. If you really do not know, then the competence of the policy raises questions. And if in the know, it turns out that Yavlinsky is trying to deliberately mislead his supporters.

The war with Ukraine is really contrary to the national interests of Russia, which is why Ukraine is trying to push its current "partners" into the fire of a full-fledged war with the Russian Federation.

From G. Yavlinsky's article:
Putin’s confrontational course in foreign policy has placed our country outside the acceptable lines at the time of the decision on an arbitrary unilateral revision of the borders with Ukraine in its favor. If Russia continues to build such a policy, then the confrontation with the world community, its neighbors, Europe and the USA, the whole world will only increase, and sanctions and isolation will increase. As a result Russia faces an irreversible economic and scientific-technical lag and collapse.

Does this tirade need to be understood in such a way that in the 90s, when Yavlinsky represented the federal authorities, being among the deputies of the State Duma, Russia “economically and scientifically and technically flourished”? After all, then the aforementioned Europe and the United States, looking at the events in the Russian Federation, were approvingly pointing their thumbs up, and Ukraine quietly stealing gas from a transit pipe in a neighborly manner, preparing for unconstitutional coup and inflicting billions of dollars in damage to the Russian economy.

Yavlinsky says that today Russia has no allies in the world. According to him, situational partners with their interests took their place. In this regard, the question arises: when, according to Yavlinsky, did Russia (the USSR) have allies?

USA and Britain during World War II? Yes. But here it is necessary to take into account the fact that before the start of allied relations with the USSR, these countries (including) at least closed their eyes to the consolidation of the positions of the Nazi regime in Germany. The Munich collusion with the direct participation of London is an example.

Perhaps Washington was an ally of Russia after the collapse of the USSR? This is completely absurd, given that virtually all decisions for the then Russian authorities of the 90 era were made by American "friends." Enriched uranium was removed from the country; turned out to be the chief inspectors at nuclear facilities of the Russian Federation, not allowing Russian specialists on their own; prompted how to quickly and easily destroy the defense potential; contributed to the arrival of international terrorism in the North Caucasus; co-sponsored ruinous voucher privatization. For this, the "allies" supplied the so-called humanitarian aid to the Soviet Union. Does Grigory Alekseevich really feel nostalgic about the “Bush legs” and “humanitarian” leaky jeans from European and American partners?