Secrets of the Cold War: how the Blackbird went away from the “Russian hunt”

December 1 2018
72
The other day, four soldiers of the Swedish Air Force received American awards for their mission during the Cold War, which was recognized only last year. In 1987, they helped the SR-71 Blackbird (“Blackbird”) reconnaissance aircraft escape from the possible pursuit of Soviet aircraft, passing through Swedish airspace. Reports the American edition about it Warzone.


Swedish Air Force Colonel Lars-Eric Blad, Major Roger Moller, Major Christer Sjöberg and Lieutenant Bo Ignoll received the Air Medal during the ceremony at the US Embassy in Stockholm 28 on November 2018 of the year. They are awarded pilots for special heroism or other special merits. Also present were Lieutenant Colonels US Air Force Duane Noll and Tom Veltri - pilots of the SR-71 Blackbird. 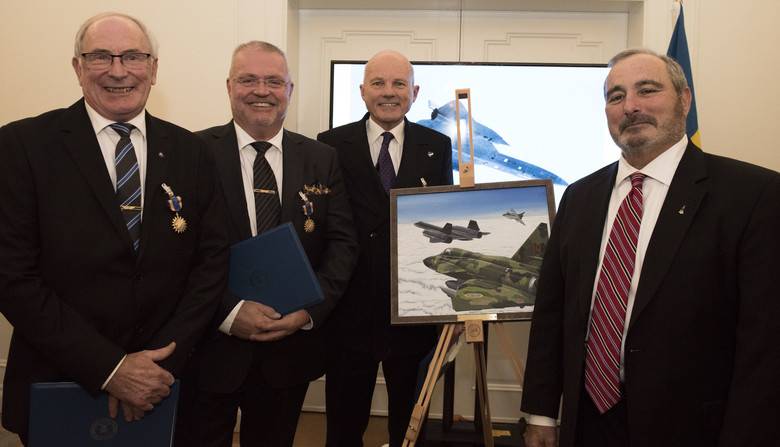 The US Air Force did not lose the irreplaceable aircraft, and the lives of two crew members were saved.
- said Knoll during the ceremony.

29 June 1987, Noll and Veltri flew from the British Mildenhall airbase towards the Barents and Baltic Seas. Their task was, while staying in international airspace, to obtain from high altitude photographs of objects in the territory of the USSR (located, in particular, on the Kola Peninsula and on the Baltic coast). During the performance of the Baltic Express mission, one of the SR-71 engines unexpectedly failed. The aircraft fell by more than 24 000 feet in minutes and was in Swedish airspace. 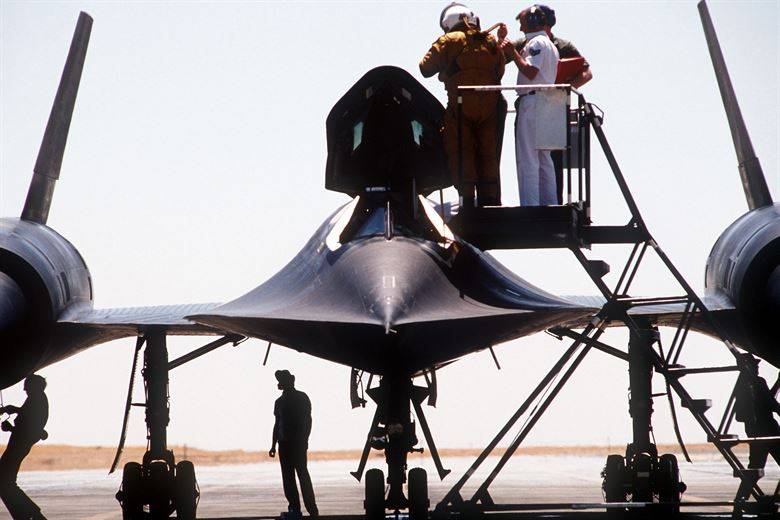 The USSR has long made it clear that it intends to shoot down American intelligence officers in case of violation of the country's borders, which confirmed the destruction of U-2 in the 1960 year, which also tried to escape from prosecution. Soviet fighters did not particularly stand on ceremony in the international space either, which, as the publication supposes, continues to be done by modern Russia. At the same time, within the narrow borders of the Baltic region, there was a risk of the SR-71 being briefly staying on the territory of the USSR during its fall, in connection with which Soviet fighters could destroy the aircraft.

We did not know who will find us first.

- said Veltri, adding that he and Noll were concerned about the possibility of the start of "Russian hunting."

Therefore, they were delighted when they saw the Swedish Saab Viggen and were confident that from that moment on the Soviet aircraft would keep their distance. Sweden was not (and still is not) a member of NATO, but historically it turned out to be closer to the alliance. During the Cold War, the Swedish military actively patrolled the borders of their country to prevent the invasion from both sides.

We performed a routine operation in peacetime. Our operator asked: "Can you intercept and identify the target?". I immediately thought it was the SR-71.
- Moller explained. 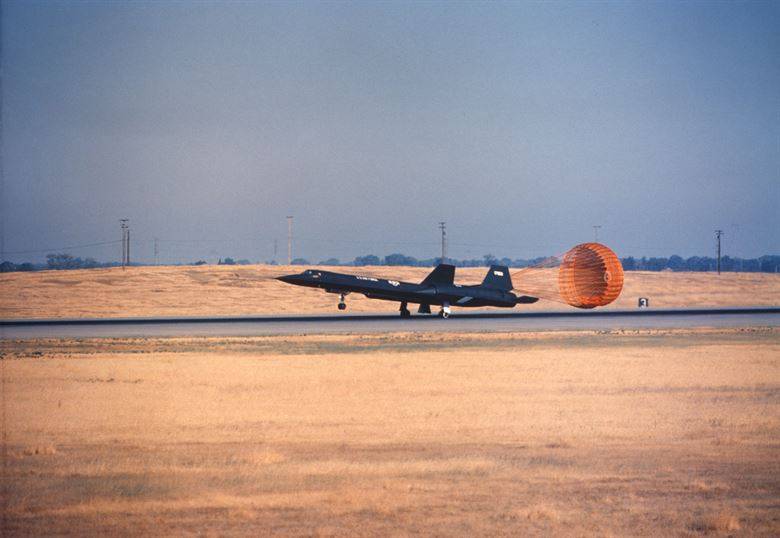 The American intelligence officer at that time issued the code "7700", which indicated an emergency situation on the plane. Accompanied by fighters, the SR-71 emerged from the Swedish airspace on a single engine. After that, he proceeded through Denmark to West Germany, where he made an emergency landing at the base of Nordholz.

After the incident, Stockholm agreed not to make it public, like other missions. Blackbird, in connection with which information about him was classified. This became known only in the 2017 year, after the 30 years, which made it possible to express public appreciation to the Swedish pilots.

This day in the 1987 year showed us that we can always count on our Swedish partners during times of great danger.
,
- said US Air Force Major General John Williams.