The European Union must be destroyed 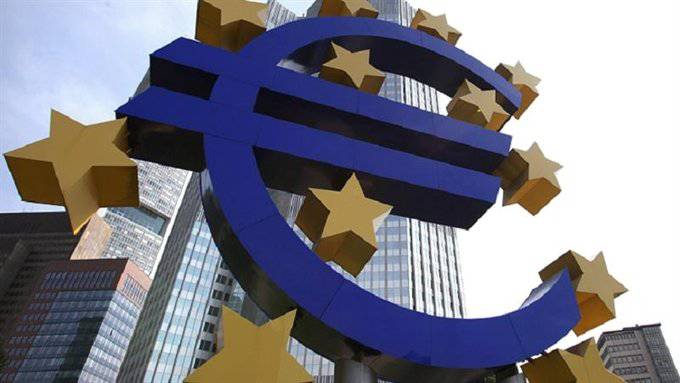 Exactly, paraphrasing the expression of the ancient Roman leader Cato, they consider in Washington and London. Under the lulling of talk about democracy and freedom, the geopolitical struggle for hegemony on the planet is becoming more and more intense. The unipolar world built by the Anglo-Saxons should be, in their opinion, truly unipolar. The attempts of Europe, led by Germany, to become an independent equal player, are harshly suppressed. No country in Europe alone can challenge the United States and the United Kingdom. The European Union as a whole can. Therefore, it is necessary to weaken it as much as possible and try to destroy it.

More than a year ago in the article “Golden Share” I described the current state of world politics. There are only four players:

- USA + UK current hegemons; (Doubt - remember in what language only what almost all Eurovision singers sang. The contest was not Anglovision, not even British, but English)
- Europe;
- China;
- Russia.

This is exactly the way - according to the degree of force, the role is distributed among the players. Russia today is the weakest, but nonetheless the most important player. We are in the hands of the “Golden Share” - control over the resources, the receipt of which dramatically changes the position of the first three players in the winning direction. Hence the incessant pressure on Russia, external and internal. It is the “Golden Share” that foreign curators and sponsors of various “belolentochnyh” marches and bomzhevaniya “fair elections” want to take away from our country.

But today it is not about Russia. Speech about the European Union. About the fact that the Anglo-Saxons will deal their first blow to Europe, I wrote in February 2011 of the year.
“The best way to fight the Chinese is to“ put in place ”other centers of power. If you lead to the obedience of Europe and Russia, then it will be easier to talk with Beijing. Left alone with the Anglo-Saxons, seeing how the "father" deals with the recalcitrant, in Beijing they will honor it for the benefit of curbing their appetites. Which of the remaining two centers of power is more vulnerable? Russia or Europe? Despite the fact that Russia is objectively today the weakest of the centers of power, the most vulnerable is not it, but Europe. Berlin, Paris, Rome and Brussels only began to fight for their own independent policies. They have taken very few steps in this direction, they are not ready to bear serious losses and sacrifices, mentally and civilizationally very close to the Anglo-Saxons. Europeans just need to “bring back,” to once again create the united and monolithic West, with which it opposed the rest of the world some other 10 years ago. ”

We see this blow of the Anglo-Saxons in Europe today. The meaning of the current game in Europe is as follows: the United States is trying to destroy the European Union by “withdrawing” Greece from there. Germany and its partners are ready to do anything to preserve unity.

The Germans vbuhali in evroproekt so much that its collapse means a lot of money thrown away incomprehensible to anyone under the tail. Talk about the debts of Greece (Italy, Spain, Ireland) have already put the financial system of Europe in a difficult position. It is necessary to exacerbate the difficulties. Finish the European Union, not giving him a chance to save.

And here we see from the world media belonging to the Anglo-Saxons, clear signs of the preparation of public opinion for the collapse of the European Union.
Vedomosti Newspaper - Thursday, May 24, 2012. By the way, it is published jointly with The Wall Street Journal and the Financial Times. That is such a correct newspaper, reflecting the views of "someone-need." On the first page of the article "Peaceful outcome is unlikely." This is about the development of the situation in Russia.
"The political crisis in Russia may come into resonance with a new wave of economic crisis, experts say ...".

Reading further we will see the familiar names of the “experts” - “Yurgens” and “Gontmakhery”. All, so to speak, liberal army.

But their horror predictions about Russia, we now skip - they always predict collapse and collapse. Read their articles from the end of 2008, and verify the reality of the past four years. All past the box office - there was no collapse, there was no collapse. And will not. Because the collapse occurs when the government does not have the will to resist, and not when the "circumstances". (I refer the doubters to 1941, when the USSR did not collapse, although there were incomparably more difficulties than in 1991. The second vivid example is China. Its economy was much weaker than the economy of the USSR. And what about China today? And what about the USSR?)

It's about something else. All these Washington-oriented specialists predict a political crisis in Russia amid a new round of economic crisis. In Europe.

Scroll the same newspaper number further. We have before us another material - the Euro-Greek blow. It is already in the blue eye that the prospects for the Greek economy from the European Union, rather than the prospects of the Greek economy, are discussed. The article begins: “If Greece leaves the Eurozone in the fourth quarter of 2012, provoking an indiscriminate default in European countries ...”.

Further, in general, there is a wonderful table of possible losses for the Russian economy, in the event of Greece’s exit. Counts two: 4 quarter 2012 of the year, 4 quarter of 2013 of the year. 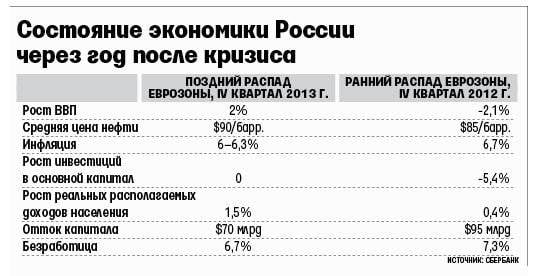 This is programming of public opinion, based on the desired scenario for Washington.

By the way, a question to you, dear readers. How to finish off Greece, which still, as if drowning on the waves, grabbed the lifebuoy? Let the air out of the circle. And then the drowning man really goes to the bottom.

Read news: “World prices for olive oil have sunk to a ten-year low: a ton of product costs 2,9 thousands of dollars. Experts warn that this threatens to exacerbate the financial problems of Spain, Italy and Greece, which are already in deep crisis. Market analysts point out that despite the growing demand for products around the world, oil consumption in the Mediterranean region itself has noticeably decreased, as the local market is filled with excess goods, and purchasing power tends to zero. ”

Greece is one of the main producers of olive oil. Or rather, olive oil is an important source of income in Greece. (And at the same time Spain and Italy). Dropped the price of olive oil. They fell because the "analysts" tell us that ... the Greeks have no money to eat this oil.

Have you heard of the terrible poverty of Greece? About hungry fainting? About abandoning the tradition of eating olive oil? Not. There is a crisis, but it is not so strong that the Greeks stop eating one of their favorite foods. By the way - not very expensive. It's like the Russians would stop eating pickles from the 2008 crisis of the year.

What do I want to say? That the prices of any product can be brought down, possessing a large mass of money. And here we see that on the eve of the decisive round of the struggle for Greece, the price of olive oil "suddenly" plummeted.

The European Union must be destroyed. The euro must be defeated.

To keep the dollar strong and attractive. Some more time.

Now, I think, complete clarity has come and for those who were a little perplexed earlier: why the UK, which is part of all European structures, has not refused its pound ...