Ships of the 22160 project will receive attack helicopters

November 8, 2018
94
On the patrol ships of the 22160 project, Ka-52K Katran attack helicopters will be deployed, as well as surface and underwater drones, according to News. 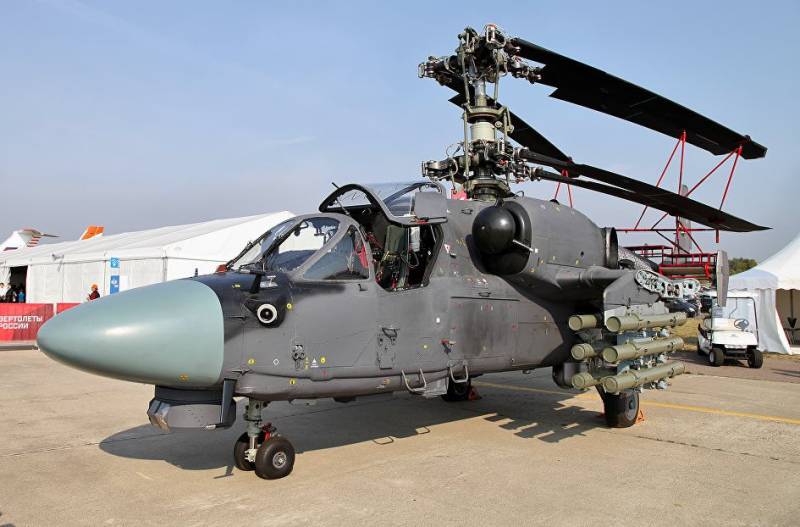 Two ships of this project - "Vasily Bykov" and "Dmitry Rogachev" - are currently undergoing state trials in Novorossiysk. It was also decided to equip them with Ka-52K Katran helicopters.

It is reported that helicopters will work in close conjunction with the surface and underwater unmanned systems, based on the ships.

The Ka-52K was originally developed for Mistral-type helicopter carriers, they have a folding screw and wing consoles for attaching X-31 / 35 anti-ship missiles. The machine is also armed with 30-mm cannon, blocks of unguided rockets, bombs, guided anti-tank missiles "Attack" or "Whirlwind-1", EW complex.

On board the ships of the project 22160 will also be placed unmanned boats and underwater vehicles designed for reconnaissance and surveillance.

According to military expert Dmitry Boltenkov, the firepower of the Katran will be enough not only to fight pirates and saboteurs, but to conduct more serious operations. If necessary, their rocket armament can put a large ship to the bottom.

According to the newspaper, the Ministry of Defense of the Russian Federation intends to order at least 12 patrolmen of project 22160. As for the ships “Vasily Bykov” and “Dmitry Rogachev” being tested, they should be transferred to the Black Sea the fleet until the end of this year.