What can a small lie cause?

November 8, 2018
54
How many times they tried to convey to the world how rude, more precisely, stupid, our ideological opponents began to work. It was not yet the case that some Russian holiday or an extraordinary event was not marked by such idiotic stuffing. Fake news, as it is now called, lute so that you just wonder.


It is worth noting that all these stuffing are published and voiced in certain media. With its own caste of readers and commentators. The majority of consumers of this “information” perfectly understand its “truthfulness” after the very first reference to the source.

5 November, the country celebrated the 100 anniversary of the creation of military intelligence. And quite openly, let's say, uncharacteristically, by and large.

Agree, the date is really significant, and if so, then it (the date) simply does not have the right to "flash" without compulsory heaping a heap of something from freedom-loving liberals. You want to be noticed - spit in the middle of the wedding cake.

Will notice for sure. More and face nabut. In the information space is also possible. And then everything is beaten. What a no, but fame. Mention on the main information platforms of Russia. And most importantly, in Europe and the USA.

And if the court succeeds in stirring up ... In general, the grace of the grant!

It turned out that there is no need to look for anything. One click, and here it is. The very thing that you need to throw in order to muck the holiday. 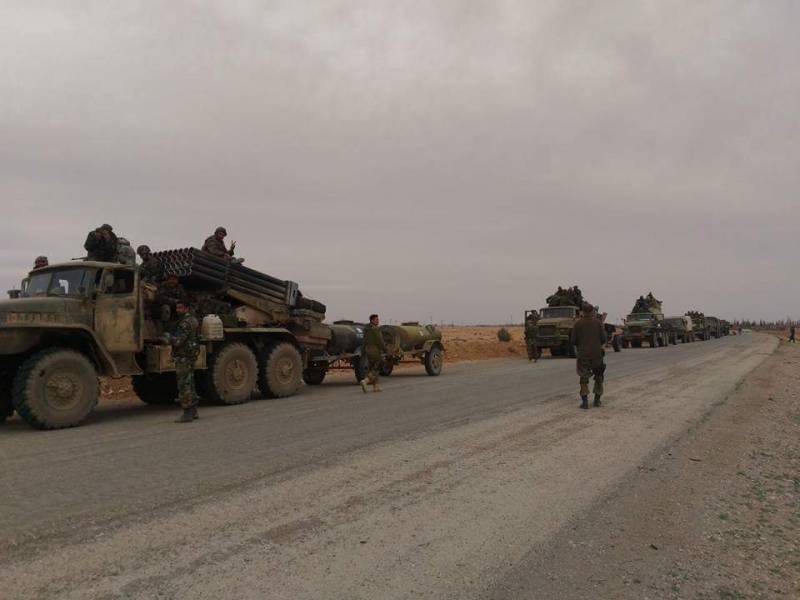 In order to verify the sources of this information, you do not need to be a hacker. Level "confident user" is enough. Just click on the links and that's it. All история turns into a useful for the bath tree - linden. Although no, you still need to look at the "past merits" of the source. And our source is known - Novaya Gazeta.

Novaya Gazeta refers to the well-known London Human Rights Laboratory in Syria. Paint the merits of this "laboratory" is not worth it. As mentioned earlier about women with a "low social responsibility", there is nowhere to put samples there ... The message dates back to November already 4.

However, as shown by the numerous speeches of our liberals on TV and at rallies, the reports of this particular source for most of the “supporters of freedom” are the ultimate truth.

It is strange that the liberals still do not understand the simple thing. Every performance in the media works against them. You will listen to such a Euroleaf and understand that with these you are definitely not on the way.

However, here our liberals are not original. They are in the "global trend." Most Western politicians in the same way believe this "laboratory" of one person. We live in an era of chronic disbelief in elementary decency and justice. The main thing is to blame. Evidence is not necessary. And so "People shvaet".

Further searches on information resources, especially Arabic-language ones specializing in events in Syria, yielded a completely overwhelming result. Zero! Nothing! For these sources, events passed unnoticed. But there are many serious opponents of the Assad regime. How so?

But the fake “legs” are still there. Jihadist propaganda sites Zaman al-Wasl and Eldorar Alshamia.

So, the message is found. On November 2, according to reports from these two agencies only, the Panorama object, in which the headquarters of the CAA 5 Corps was located, exploded. The explosion killed 6 people from among the staff of the corps. Pay attention to the number 6. The nationality of the officers is not specified.

For some reason, this figure has changed in the message from London, and 11 officers were killed. What is the reason, it is not clear. However, probably, the principle of the Associate Professor from the famous comedy has worked: "The more we surrender, the better."

But "Russian corpses" appeared only in "Novaya". And the PMC Wagner too. At least we did not find other sources.

And now about what really happened. Was there a boy?

So, the explosion, or rather the explosions, were. This is a fact confirmed by many sources. The Panorama object really exists in Deir ez-Zor. It's all.

But there is NO connection between these two events! And here it is worth explaining why.

Panorama is a structure at the entrance to Deir ez-Zor, which offers a beautiful view of the city. Hence the name. By the way, the Syrians call the "Panorama" the symbol of Deir-ez-Zor. Not called, but called. Just because this object is in place. Not blown. Information 146%.

But standing next to the old building of the criminal police of Syria really blew up. And blew up the Syrian experts sappers.

Explosions? Yes, the SAA sappers routinely destroyed IEDs captured from the militants at the demining site in 20 kilometers along highway No. 7 from the city. The fact is that among the trophies of the Syrian army there are a lot of such homemade items. And for the Syrian sappers, their destruction is common.

So in the end it turns out, as in a joke that he did not win, but lost, and not in a lottery, but in cards. And nothing exploded, and no one died, but nonetheless. The fact that another mob of the Russian scouts died, they spoke from the heart.

It is clear that if there is a desire (or it is and is paid for), then sometimes you do not shut up some.

Headquarters 5 CAA Corps? And then what is in Latakia? In general, it is worth a little light about what kind of connection here we have flashed.

In the media, the 5 assault corps spoke at the beginning of 2017. Although the body was officially created in November 2016. This connection is made up entirely of volunteers. It is considered elite in the CAA. The number of approximately 10 000 people. The headquarters of the corps is located in Latakia, and military bases are really scattered from Homa to Palmyra.

The corps consists of several groups of volunteers. “Asad Shield”, “Maarde Forces”, “Victory or Death” ... But only three are considered the best.

"ISIS Hunters" (ISIS or ISIL is prohibited in Russia). Special Forces, consisting of those whose relatives died at the hands of igilovtsev. Fully armed and trained in Russia. It is to this group that the main credit is attributed to the fact that Palmyra was taken in a short time. 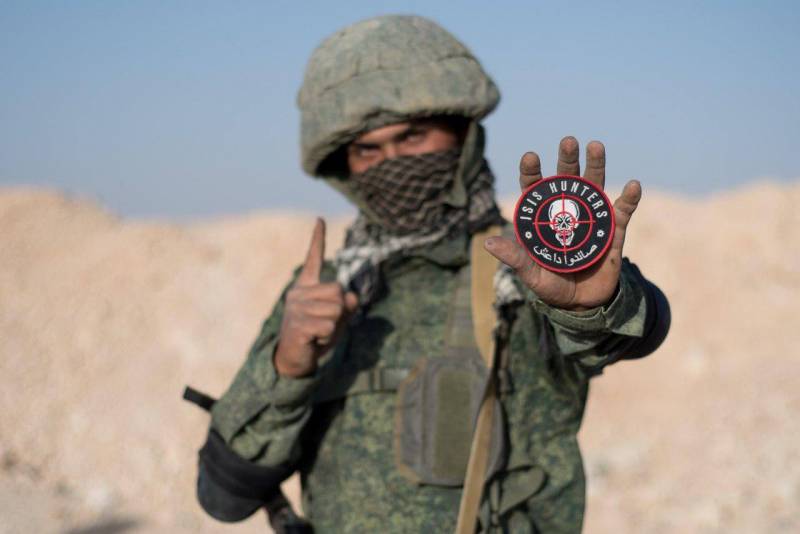 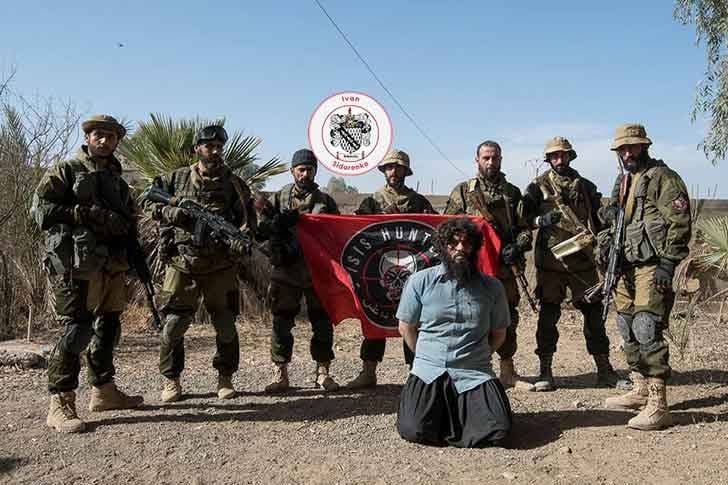 "Tribal Forces". Attack volunteers from Deir ez-Zor, Raqqa and Hasaki. It is they who are ahead of the advancing forces of the SAA. Most of them are Bedouins. 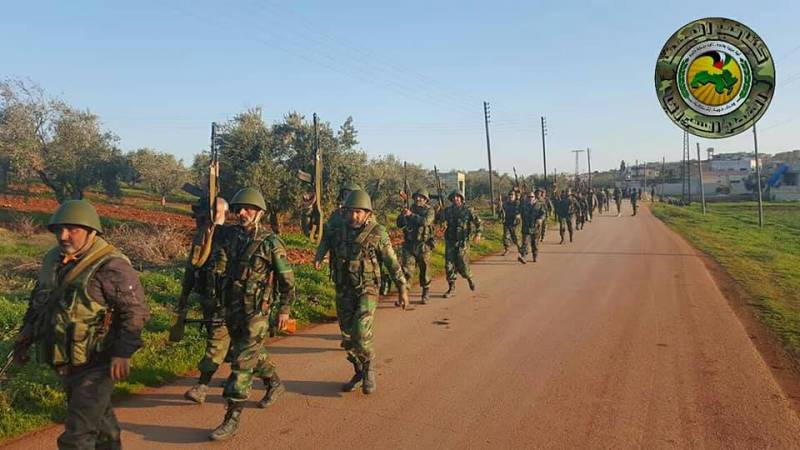 "Baath Brigade". Baath Party members. The group practically does not recede. She is thrown exactly where we need guarantees of retention of a settlement or an object.

Now it becomes clear why the 5-th DShK was chosen. The corps is really a sufficient number of military advisers from our army. Yes, and in parts and divisions they are. No one denies this.

And it is here that interesting questions arise specifically for Novaya Gazeta. I mentioned this above.

About the PMCs of Wagner before the message of this particular source was not mentioned anywhere. And suddenly the name has surfaced. Why did it happen? Or did the authors strongly want this to be so? A dozen extra corpses born in the head of a journalist will not spoil the picture?

Now back to the original sources. Thereby the jihadist propaganda sites Zaman al-Wasl and Eldorar Alshamia. It is reliably known that one of the sources works closely with the Americans. Zaman al-Wasl. This is evident from the materials that are published on their website.

And this is where the question arises for the Russian media. To those who seek to be objective. From whose feed such here appear "news"on the eve of holidays? And is it possible to respect such media after that? Or the worse, the better?

At the beginning of the two thousandth, we witnessed the "correct" work of journalists in Chechnya. When some publications considered it their duty to talk about "freedom fighters". And then throw mud at the Russian soldier or officer. What's this? Repetition?

But to criticize the Russian soldier for the fact that he is winning? An adviser for what teaches Syrian soldiers and officers correctly? For dying? This is somehow completely Russian.

Well, not the legislators, we mod in the news circles. And we lose information wars systematically and regularly, especially on foreign territory.

Especially in modern conditions, when many libero-publications we have sobbedly lament about the mockery of freedom of speech and censorship in Russia.

But in this case, censorship would be very helpful, whatever one may say. And then “curved” and set in an awkward way publications that yesterday broadcast on 6-ti (8-mi or 11-ti) of the dead Russian intelligence officers from PMCs (oh, what nonsense!) Would mournfully mourn about the fact that “ An error occurred, we did not check the data, and so on.

In the old days, it was called "responsible for the market." Honestly, it is worthwhile to adopt the methods of those years. And the problem that journalists who shit first and then whine from somewhere from abroad about the absence of freedom of speech in Russia would disappear as such.

And Russian scouts would cease to die in yellow pages.

And we have freedom of speech. Unfortunately sometimes. It remains only to teach (preferably hard) some to answer for their words.