Leonid Ivashov: “It is quite possible that Syria will be treated in the same way as Yugoslavia” 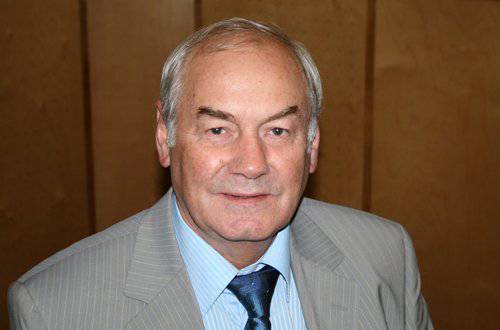 Under Obama, the Americans made a shift in their geopolitical stratagems

During the presidency of Barack Obama, the Americans changed their geopolitical stratagems. His Republican predecessor, George W. Bush, adhered to the “fourth Rome” foreign policy concept, when military contingents were introduced into recalcitrant countries to control the situation in them. However, the Democrats led by Obama came to the conclusion that the United States has neither the strength nor the means to contain large contingents. And then they served on the table a “geopolitical dish” prepared by Zbigniew Brzezinski, which envisions creating a situation of chaos and a bet on enhancing the role of Islamic radical groups. The confrontation within each Muslim country between radical Islamists and moderate and even more so secular authorities will always create tension and hamper the development of these countries. So, there will always be a need for "help" from the United States in the form of a credit noose.

Such states are easy to manage. In a situation of chaos and permanent confrontation within these countries, neither Russia nor China will be able to establish complete control here. That is, Americans will always have the opportunity to fish in troubled waters. In Syria, they also tried to implement the Libyan scenario, but Russia and China did not allow the UN Security Council to adopt a resolution that the Americans could interpret in such a way as to bring in their troops. Then there was an adjustment plans for this operation. The United States staged a severe economic blockade for Syria, as well as political isolation. Finally, mercenaries were launched from outside to carry out powerful terrorist acts.

It is difficult to say whether Moscow will “buckle” or not.

This was done on the assumption that Bashar Asad would not withstand the pressure and would resign himself, or it was assumed that Syria would explode from the inside, for which powerful resonant terrorist attacks are being organized in the country, which are the responsibility of the current leadership to begin external intervention. As it was at one time in Yugoslavia, when the West inspired genocide against the Albanians, which allegedly took place in the Kosovo village of Rachik. And after the collapse of Yugoslavia, an independent international commission proved that there was nothing, and the corpses were brought to the village almost from all of Kosovo. But the deal has already been done. It is possible that Syria will do the same. If, of course, they have time, because America itself is already “bursting at the seams”.

As for the position of Moscow, it is still difficult for me to say whether it will “buckle” or not. It all depends on what kind of compromising and leverage the American side has with regard to our leadership. Certainly, both abound. This, too, is in line with US stratagems - under the guise of promoting democracy, bring certain political forces and personalities to power, enable them to steal and commit unlawful actions against their people. And then at the right time to invite the right person to an audience and hint that the question of investigating his corrupt activities may be raised. Say, "we know in which banks you hide your billions, so choose: either you weaken your country's position on Syria and Iran, or now get an international scandal, expose, etc.".