November 4, 2018
42
News coming from Egypt about the collapse of the MiG-29, do not give reason for optimism. Reported on the causes of the accident of the Russian fighter, which was transferred to the Egyptian side under the contract in the current year. And the reasons are not called the error of the Egyptian pilot, and the technical malfunction of the aircraft. 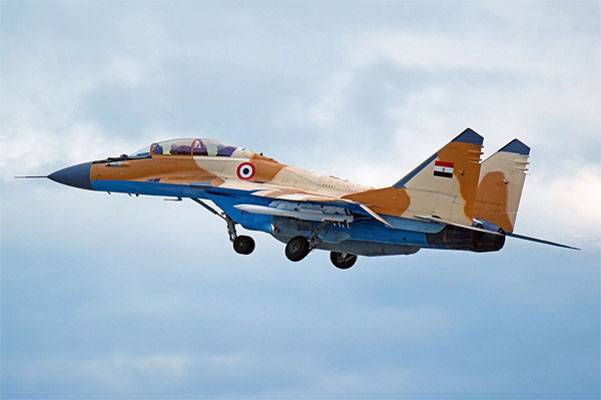 A technical malfunction is declared by the representative of the Egyptian Air Force, to which it refers RIA News.

The material of the information agency stated that the cause of the crash were problems in the management system. On what basis such conclusions are made, not reported.

Recall that the reports of the accident fighter MiG-29M came from Egypt the day before. Representatives of the United Aircraft Corporation immediately stated that they were flying to Cairo to find out the causes of the accident on the spot. This was stated even before the Egyptian side actually accused the Russian manufacturer of having problems with the control system during the execution of a training flight.

It should be added that the pilot of the MiG-29M Egyptian Air Force ejected. In the Egyptian media claim that it is an experienced pilot.

Light on the causes of the crash will shed deciphering the flight recorders of the 4 Russian fighter of the Egyptian Air Force.