October 31 2018
163
The Central Bank of Russia published a report on its website. "The main directions of the unified state monetary policy for 2019 year and the period 2020 and 2021 years". This large document contains 129 pages of text, numbers, diagrams, diagrams, and other compelling attributes on the conscience of the work done. And we probably will not try to challenge this, especially since a complete analysis of the document will require months of hard work, and it will probably be interesting only to a very narrow circle of specialists.


But some of the provisions of the report are interesting in their own right. In particular, they calculated the effect of the recently held pension reform, as well as the implementation of some provisions of the May “super-order” of President Putin. And these estimates are quite interesting for the widest circle of readers: after all, we have the right to know why we have raised the retirement age, and how soon will this increase affect the future of our children? 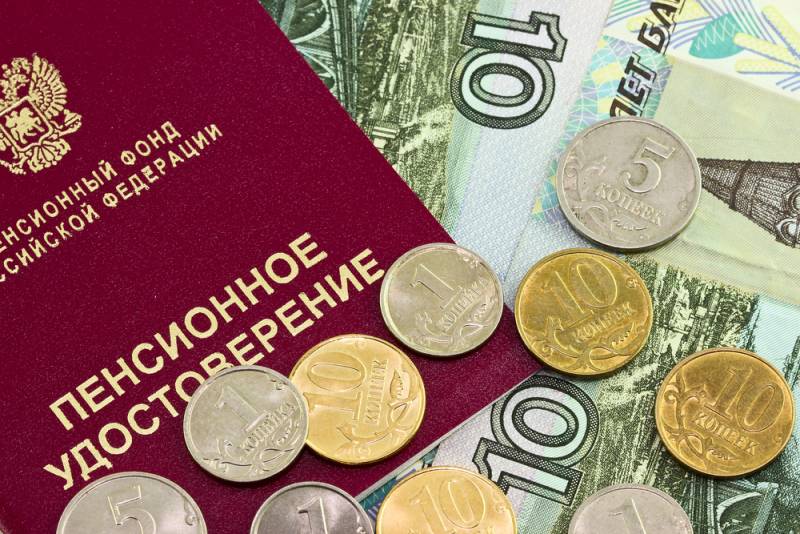 According to the assessment of the Central Bank, the pension reform will be the only predictable factor in further accelerating economic growth, which will start working soon enough with some estimated efficiency. True, this efficiency is low: total 0,1 next year and roughly 0,2-0,3 percentage points in 2020 and 2021. That is, with the current economic growth in 1,6% (with the forecast for the year to 2%, and this is the maximum), next year we will get the maximum of 2% plus the mentioned increase from pension reform, that is, 0,1%. Total, with the most optimistic scenario, 2,1% percent.

Although about the latter, everything should be exactly the opposite: the May decree of Vladimir Putin gives directions to which government investment will flow, and the government, pursuant to the decree, has developed a package of measures that should stimulate GDP growth, causing it to grow at a pace ahead of the world. And one of the consequences of the implementation of this package should be a significant increase in investment. Before 2024, 8 trillions of rubles were planned for the economy, and this, of course, is a serious figure.

But it seems that something went wrong. Once again. And this is probably the most interesting feature of the report of the Central Bank: alas, the regulator’s estimates differ from the picture that the head of the Ministry of Economic Development and Trade Maxim Oreshkin draws on us. Although we must give him his due: Mr. Oreshkin seems to understand that his economic genius is very limited, and he is already in a hurry to make straws where he can most likely fall. In particular, he no longer considers national projects as a certain immutable value and makes their implementation dependent on various factors.

Here is how! Vladimir Vladimirovich thinks that national projects will be for the most part effective, otherwise they would hardly have started such global programs like the “May decree.” But Maxim Oreshkin thinks a little differently: he believes in advance that only individual tools of national projects will be effective, and generously agrees to support and strengthen these tools. Well, commendable audacity. It’s still not entirely clear whether they managed to evaluate it in the Kremlin - the quote is quite fresh ...

In principle, the Central Bank does not consider the measures proposed by the government in the framework of the implementation of the “May decree” unambiguously failed or useless. His assessment is more cautious: according to experts of the Central Bank, it will take too much time to implement the measures proposed by the government, and the returns from them will appear no earlier than 2021 of the year, and most of the positive changes are expected to be completely “beyond the forecast period”. The wording is actually interesting - if the implementation of the “May decree” has a very short timeframe, up to and including 2024, then canceling out two years is akin to a sentence. And the refusal to look “beyond the forecast period” is more like a reluctance to voice unpleasant information that could damage our precious stability.

But do not rush to throw stones at the government and praise the Central Bank. Alas, his conclusions have already been questioned by many experts. In particular, they note that about one third of pensioners are still working. In addition, for many enterprises, age-related employees can be a rather serious burden, especially in light of the laws adopted to protect employees of pre-retirement age. Well, the productivity of employees of sixty years or more will surely be lower than the average for industry, especially in the manufacturing industries, construction, agriculture, etc.

Therefore, any bureaucratic ping-pong between the government and the Central Bank should be taken with some caution. And the question of which of them is better at doing their job can often be answered: "Both are worse."

But how pleasant it is that the pension money stolen from people will go to a good cause and stimulate economic growth in the country! But you could have a few more luxurious offices for the Pension Fund to build on and calm down on this. Or immediately build yacht record holders ...