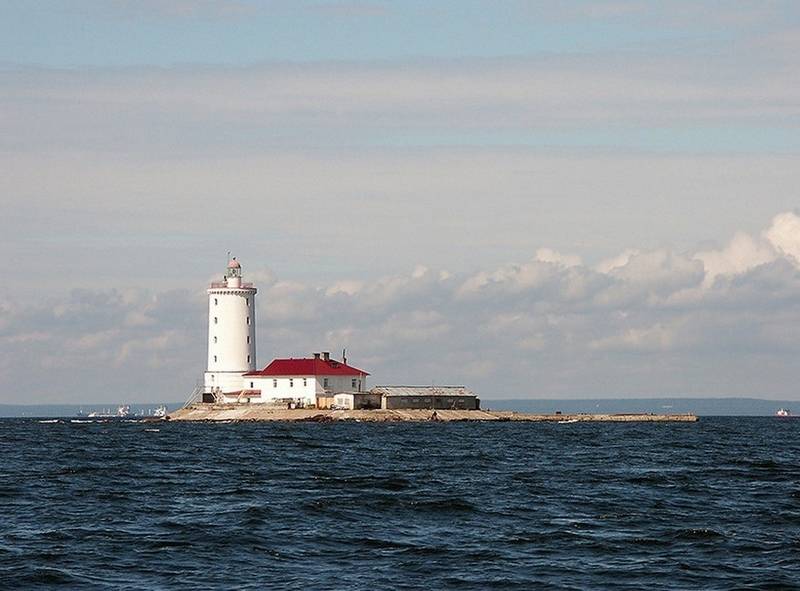 ... make a stone colm with a lantern on the Kotlinskaya spit ...

The wooden lighthouse, which received the first name "Kotlinsky" was erected 7 August 1719. In honor of Fedot Tolbukhin, the commander of the Kronschlot garrison and the first commandant of Kronstadt, the hero of the Northern War, the lighthouse was renamed 1736 year. The wooden lighthouse existed for more than 70 years, when, after approval by Emperor Alexander I of 1807, the Provisions on the maintenance of lighthouses and the staff of the lighthouse team, was redone in stone in the form in which it still exists today.