Why does Kazakhstan call the world to religious tolerance?

October 8 2018
38
This week, the sixth Congress of Leaders of World and Traditional Religions, the sixth one, will be held in Astana, the capital of Kazakhstan. The first such forum, convened at the initiative of Kazakh President Nazarbayev, took place 15 years ago, in September 2003. Since then, congresses of leaders of world religions have been held regularly, once every three years. 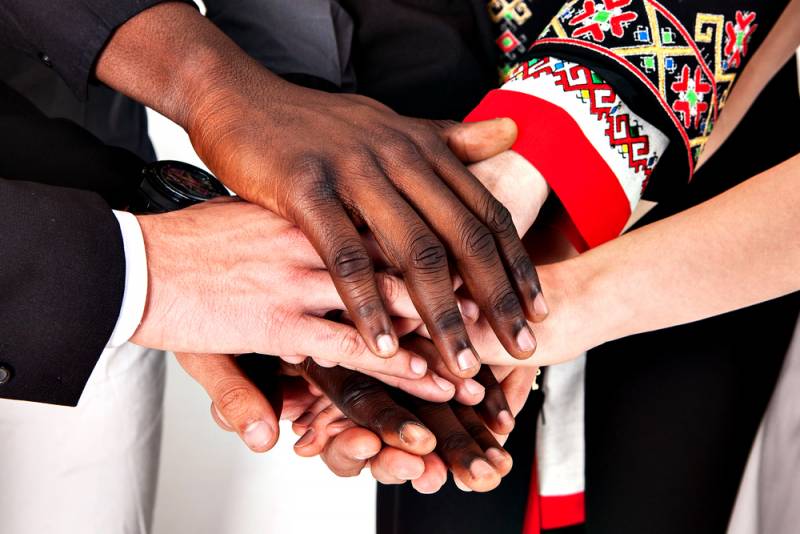 Denominations of the world in search of consent

They gain popularity. If the first such forum was attended by 17 delegations representing the most popular religious denominations of the world (Islam, Christianity, Judaism, Buddhism, Hinduism, Taoism, Shintoism, and others), then the fifth Congress of Leaders of World and Traditional Religions in 2015 arrived in Astana 80 delegations from 42 countries of the world.

Patriarch of Moscow and All Russia Kirill sent his greeting to the congress then. (According to the latest census, 26% of the population of Kazakhstan called themselves Christians.) With his blessings, the forum was attended by Metropolitan of Astana and Kazakhstan Alexander, Patriarchal Exarch of All Belarus Metropolitan of Minsk and Zaslavsky Pavel, representatives of various structures of the Moscow Patriarchate.

With the rise of religious extremism and terrorism, the demand for such an agenda has been high. It is reflected in the final documents of the Astana forums, which declare the cessation of military conflicts and violence against citizens, condemns the practice of using modern communications (media, Internet) to incite religious hatred between people, etc.

The interest of Nursultan Nazarbayev to religious tolerance and harmony did not arise from scratch. Many associate his initiative with a terrorist attack in America, which was carried out by Islamic extremists in September 2001 of the year. This tragic event was, of course, a shock for the world, but it is still far from Kazakhstan and the problems of its citizens.

Here is a modern religious история, as, indeed, in other post-Soviet countries, began after the collapse of the USSR. In the new conditions, the leaders of the republics, and now the independent states, were forced to abandon the communist ideology and were left without a pivot uniting the society.

Renaissance of religion in the former Soviet Union

The search for national identity and national ideas, while the need for them was extremely high, did not bring anything worthwhile. It was then that the leaders of the post-Soviet states, in friendly ranks, moved into the confessional field in order to replace the absence of their own ideas uniting the nation with centuries-old religious institutions and traditions.

It turned out somehow not very. There was a lack of knowledge, experience, and understanding of religion as such, and most importantly, most people were not used to strictly adhere to religious norms. The society was not able to raise these standards over their life priorities and self-consciousness, to introduce into the practice of communication.

Kazakhstan in this series was the most striking example. Nominally, the Islamic country received such a secular development that the return to the bosom of religion already required a revolutionary breakdown of consciousness. Of course, the long-term influence of the communist ideology had an effect. But to a greater degree - the nomadic history of the Kazakh people themselves.

Experts note that the living conditions of nomads did not dispose to the observance of many Islamic traditions, for example, daily multiple namaz, the separation of women in housing or even the manner of dressing in accordance with the canons of faith. Therefore, in the life of the Kazakhs there were no burqas, hijabs and niqabs that were not practiced in the everyday life of women believers.

An even more serious problem for Kazakhstan was the lack of theological traditions. They were satisfied by inviting interpreters of Islam from Arab countries. Together with them, public organizations working in the Islamic tradition traveled. For example, a branch of the Kuwaiti Society for Social Reform appeared in Kazakhstan.

It soon became clear that this organization, under the pretext of teaching Kazakhs to the Arabic language, was busy spreading Wahhabi literature and recruiting its spiritual supporters. This was done by those very interpreters and teachers who were supposed to fill Kazakhstan with an understanding of Islam.

The authorities felt the threat of confessional and social stability emanating from the Kuwaiti "enlighteners" and stopped their activities in the country. This case was the reason for the adoption of the law "On Countering Extremism." In Kazakhstan, they banned the activities of organizations that “set themselves the goal of consolidating the supremacy of one religion in the country, inciting religious hatred and discord, promoting religious extremism and taking actions aimed at using interfaith differences for political purposes.”

"Kazakhs are not Arabs"

The ban on the activities of religious extremists did not shake the confidence of the authorities of Astana that only on the values ​​of religious tradition can they unite the society. Meanwhile, in a multi-ethnic and multi-confessional Kazakhstan, the task is very difficult.

Nursultan Nazarbayev is trying to solve it by directly addressing the nation: “We, Kazakhstanis,” says the president, “respect and love our religion — Islam, but we respect all other religions and faiths that our citizens prefer. On this basis, we maintain the unity, cohesion, friendship of our people ... Read the Torah, the Koran and the Bible, they contain the wisdom. ”

These words of President Nazarbayev show that the initiative to convene a congress of world and traditional religions was not only of international importance. Religious tolerance is needed in Kazakhstan itself. It is necessary to rethink the role of religion in modern society, to compare it with the historical traditions and mentality of the people.

The fruits of this rethinking are already evident. In 2011, the law “On religious activities and religious associations” was passed in Kazakhstan. He affirmed "the right to freedom of religious activity that does not contradict the law." However, not all loopholes for radical followers of Islam were closed.

The country has experienced a series of terrorist acts carried out by religious extremists. Suffice it to recall the attack on 2016 on a military unit in Aktobe, where soldiers and especially civilians were the victims. Parliament is now reviewing a law on religious activity.

No one in Astana directly speaks, but it is clear that the main changes in the law are addressed to representatives of the so-called “radical Islam”. This was indirectly confirmed by the chairman of the Committee on Foreign Relations, Defense and Security of the Senate of Kazakhstan, Dariga Nazarbayeva.

“We are Kazakhs, we are not Arabs,” the local media actively quoted Nazarbayeva’s words. “We have very liberal legislation and attitude towards all religions ... If a religious outlook is aimed at the development of society, propagates tolerance, peace and tranquility in the country, then for God's sake and welcome.”

In the new law, civil servants will be forbidden to be members of religious associations, to use their official position in the interests of these associations. At the same time, the executive authorities will be given greater authority to monitor the activities of religious groups.

An important detail. Lawmakers propose to protect with penalties from insults not only the feelings of believers, but also atheists. In other words, religion will no longer be the only instrument for the government to influence society. Astana is now showing willingness to take into account the interests of both representatives of different faiths and non-believers.

It is expected that this topic will be developed at the next Congress of Leaders of World and Traditional Religions. Darkhan Kaletayev, Minister of Public Development of Kazakhstan, shared with the local media: on the upcoming forum, Nursultan Nazarbayev will announce the creation of a Center for the development of interfaith and intercivilizational dialogue.

This dialogue is needed not only by the world, but also by the Kazakh society. Perhaps the congress in Astana will open the way for this.