All holes are under control ... Who is responsible for the emergency with Soyuz?

17 September 2018
84
Journalists inquired from the head of the Kremlin press service about the situation on the International Space Station and the danger to astronauts and astronauts from the very hole drilled in the plating of the Soyuz. Dmitry Peskov recommended journalists to address this question to the head of Roscosmos Dmitry Rogozin, and at the same time he added the following: “Everything is under control”. 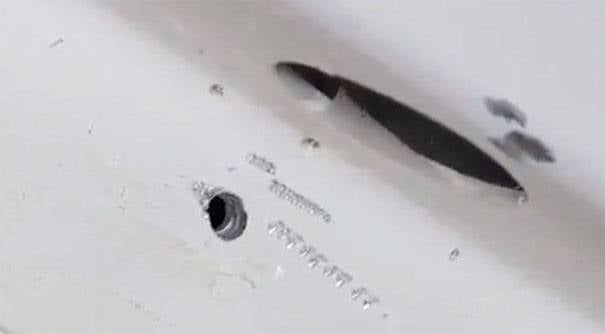 Meanwhile, a special commission of Roskosmos at the moment has not been able to decide on the key version about the appearance of a hole from the drilling on the skin of the spacecraft and the traces of contact of the drill on the screen of the meteorite protection.

At the moment, two versions are being worked out. One: drilling on Earth (after the photographing process at RSC Energia), including the stage of delivery of the Soyuz to Baikonur. The second: drilling in space. The nature of drilling speaks in favor of the second version — traces are such when the process is carried out without an emphasis (for example, in a state of weightlessness). However, experts say that, perhaps, the one who drilled a hole in the skin of a spacecraft on Earth, consciously tried to pass off the drilling process as “cosmic”.

The proceedings are continuing.

It is difficult to disagree with this statement. The equipment can be as reliable as you like, but there may be people who, either because of ignorance or lack of proper skills, or by pursuing malicious intent, can even reliable machines and ships turn into a “sieve”.