This is a provocation! Ukrainian border guards complained of Russian

14 September 2018
107
Ukrainian fronts carrying service in the waters of the Sea of ​​Azov complained of Russian border guards who allegedly “made dangerous maneuvers.” 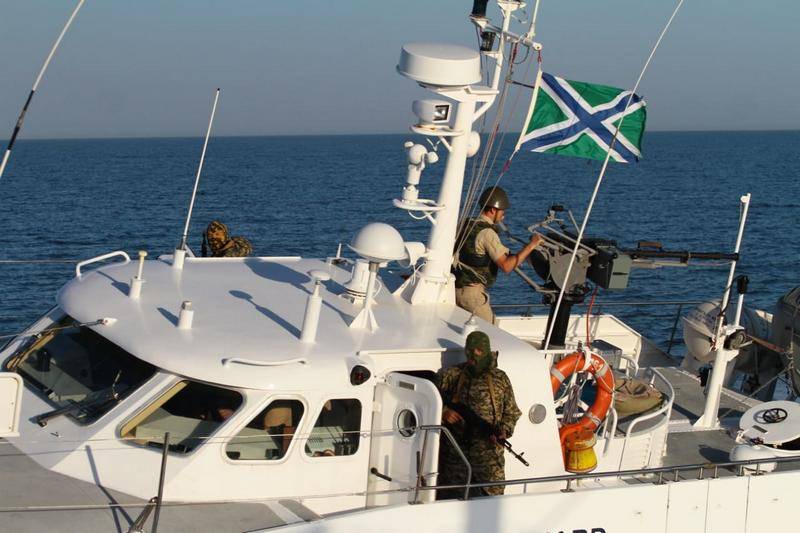 As reported on the website of the State Border Service of Ukraine, a Russian border guard patrol boat of the Mongoose type approached "a few meters" and allegedly "made dangerous maneuvers" to the service ship in the Dolzhansky Spit area in the Sea of ​​Azov near the Sea of ​​Azov Sea.

According to the explanations posted on the above-mentioned website of Ukrainian prikordonnikov, the boat of the Mariupol detachment of the marine guard in the area of ​​the Dolzhansky Spit was “discovered” by a Russian patrol boat. Ukrainian border guards allegedly “began a survey” of the boat’s crew and found out that “he is performing the task here.” After that, the boat suddenly changed course and moved in the direction of the Ukrainian, "while performing dangerous maneuvers." On repeated demands for the Russians to change course, they continued dangerous maneuvering, thereby "creating dangerous conditions of navigation." However, the Russian patrol boat subsequently turned it aside.

The Ukrainian State Frontier Service claims that by its actions the crew of the border service of the FSB of Russia violated the requirements of the International Regulations for Preventing Collisions at Sea and tried to create provocative actions.