Is there life without a dollar?

12 September 2018
33
For a long time it was considered an axiom that to live without a dollar is to live in complete isolation, like North Korea or, like the USSR, behind the iron curtain. However, the reality is increasingly testifying: this is not quite so, even not at all. 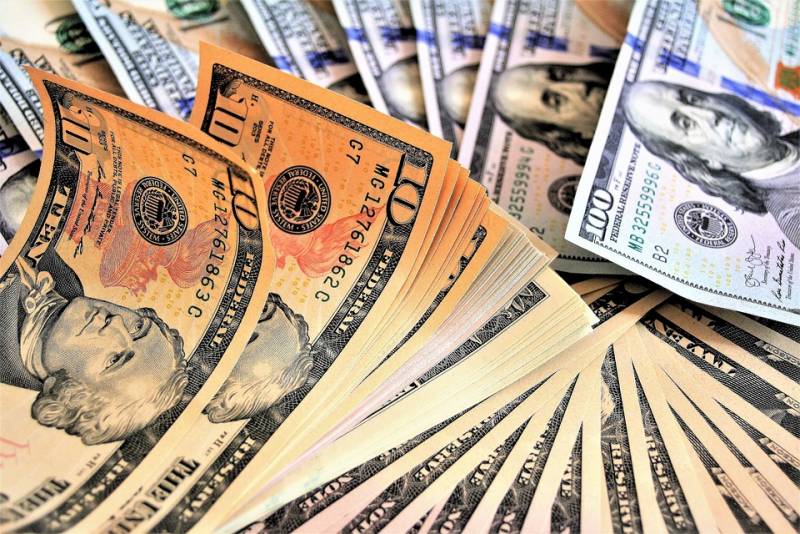 Decades after Bretton Woods, any country that is ready to classify itself as "civilized", in the hope of financial and economic stability, relied on the dollar. The status of the American currency as virtually the only reserve supported the global financial system since the Second World War. Even the socialist camp, including the Soviet Union, was looking at the dollar, and was happy to accept "green", for example, from the third world countries.

Charles de Gaulle tried to drive a ship with dollars to American shores in exchange for natural gold, and it cost him the presidency. Then, somehow, Britain rattled up with its unsinkable pound, but George Soros and Co. brought it down immediately. Iran, for just one hint of the refusal of dollar payments for oil, was immediately driven under sanctions. 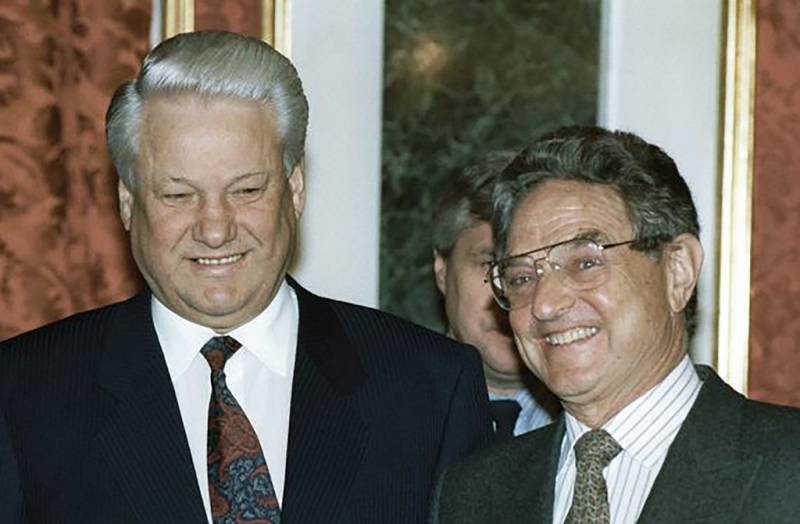 Perhaps, in the basis of the dollarization of Russia - the sympathy of its first president of Russia to George Soros?

Recently, there have been several attempts to get away from the hard dollar press, but they all failed. But only for the reason that the protesters, as a rule, acted alone. However, after China and Russia, having managed to attract as remaining observers of the remaining BRICS members, took up the development of a system competing with SWIFT (a community or association of international interbank wire transfers), the prospect of a mass rejection of the dollar can hardly be considered so fantastic.

It seems that the Federal Reserve System of the United States brings faith in their own unsinkability. Strange as it may seem, so far this belief is underpinned by not the economic, or even the military might of the United States, but ... do not be surprised at the exorbitant scale of American debt. After all, it is still considered, and not without reason, that it is more expensive to act against the dollar.

The thing is that for many years, and not only for the last seven decades of the omnipotence of the dollar, the American financial system has virtually enmeshed the whole world with a colossal debt network. Despite the fact that almost all of them owe the United States, but the United States owes the world to almost everyone. Most of all must, of course, their own people, but now it is not so important.

From their own, you can somehow pay off, even for years, even for centuries. And even it is not so important that state staff may, on occasion, ask from anyone for past dollar infusions. More importantly, they will not leave any chance not to recover any of the old debts. What is there to return, the interest will not pay.

But the well-being of very, very many financial institutions around the world is built just on the American percentage. The 2008-2009 crisis, when only a couple of pebbles collapsed from a monumental dollar debt wall - the notorious foundations of Fannie Mae and Freddie Mac, demonstrated this quite brightly. But in the current situation, going to exacerbate the political confrontation with several potential partners at the same time, and at the same time to trade wars with those with whom it was hardly worth fighting at all, the United States, one might say, asked for it.

There are more and more countries under American sanctions now, and this actually pushes them into each other’s arms. So far, integration structures like BRICS or our post-Soviet EAEU are too weak, and in economic terms they are largely superficial. Moreover, due to internal contradictions, they are not at all prepared to come out in a united front against the same dollar. Moreover, there is still no real financial interest. Again, more expensive.

The volume of transactions on the scale of the EEU, and even more so BRICS, is just scanty compared to the turnover, one way or another tied to the dollar, even through the euro, even through the yuan. So far, the costs of organizing mutual settlements in own currencies significantly exceed the losses incurred by the inevitable conversions into dollars and back - this kind of dollar dues.

But this is only for now. Recall that when the prospect of rapid growth in domestic trade turnovers in the same EAEU was real, Presidents Nazarbayev and Lukashenko talked to each other about the single ruble, and about Altyn. Only the president of Russia kept his composure, who rather soberly assessed the contribution of Eurasian calculations to the total volumes of Russian foreign trade. In addition, he understood that at the first complications fraternal friendship may turn out to be, so to speak, not very fraternal. And to all proposals of Russia to carry out calculations in Russian rubles, all our allies and today invariably refuse.

Nevertheless, quite a few countries have already turned up in the anti-dollar ranks. Keep silent about North Korea, but ignoring the same Iran or Venezuela, with all the American pressure on them, will be far from all. The financial systems of Cuba, Sudan, Zimbabwe, Myanmar and the Democratic Republic of the Congo are already set up almost unequivocally against the dollar, but this, you see, weak support in case of a really serious currency war.

Unlike these countries with microeconomics, China, Pakistan and even Iran, not to mention Turkey, are unable to give up dollar incomes. Although it is Turkey, with its growing economy, no matter what, the economy has, for this, perhaps the best starting points. And, alas, it is unlikely that Russia can be counted on the anti-dollar front, as some foreign media have already done. Our oil and gas contracts for years ahead are billions of dollars and euros. It would seem possible to demand rubles instead, but how will we spend them then? Are pensions a hundred times higher? But with the obligatory hyperinflation in this case, that is exactly what will happen.

Nevertheless, day after day with the filing of the US administration, which means that it is not without taking into account the views of the Federal Reserve System, which is responsible for the dollar, lists of people who are actually excluded from the dollar turnover are replenished. We are talking about the sanctions lists, which not only citizens, but also business structures fall mainly from the countries listed above. But not only, people and banks from the second row have already begun to fall - from among those who do business with representatives of the first row.

The situation begins to resemble a snowball, which in the end is capable of absorbing just everyone. And is it possible to stop such a com, that is the question? After all, it is known that anyone who conducts transactions through a US bank or simply calculated in US dollars is automatically subject to the US legal system. In this regard, any unilateral sanctions, be they against Iran or Russia, put the governments of all other countries, as well as companies, banks and private individuals before the dilemma: either you suspend business with those who fell under sanctions, or out of the American economy - still number one in the world.

There is a persistent feeling that not so much the American establishment as the American business is ready for confrontation with the whole world. And whether all this will now cost Donald Trump the presidency, let the Americans themselves figure it out, but there is no doubt that it cannot but cost the dollar dearly. 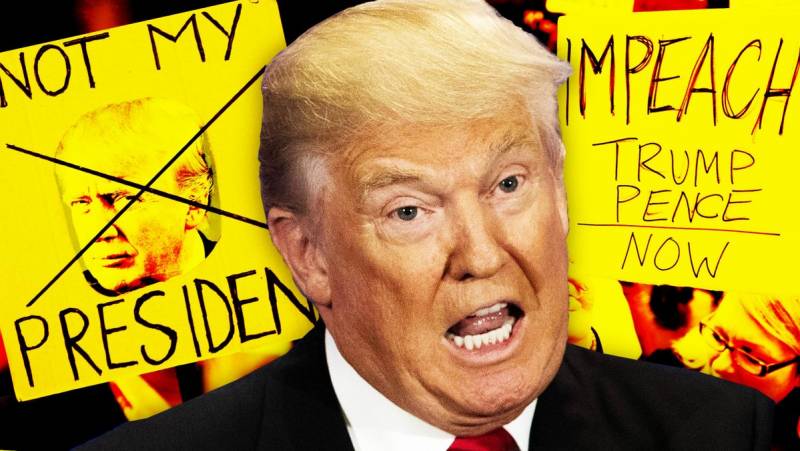 However, one should not doubt that the Fed has professionals who can benefit if not for the dollar as such, then for American finance from any critical situation. It is enough to understand that a completely possible weakening of the American currency will only reduce the same debt burden on the US budget and, in addition, will give a competitive advantage to American manufacturers.

It remains to be recalled that post-reform Russia has, by the way, its very successful experience of living without a dollar. Today, few people remember that it was perhaps the first international decision of Prime Minister Yevgeny Primakov after he was put in charge of the government. And it was the turn of the aircraft over the Atlantic. Airplane flying to Washington for new US loans. Of course, the dollar. 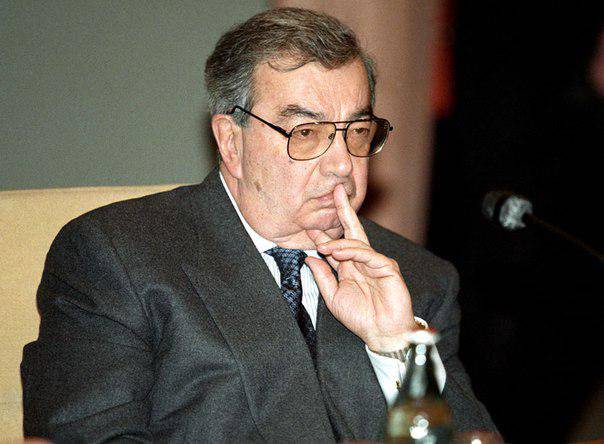 The authoritative “Kommersant” in those days estimated the premier’s decision at 150 billions of “greens”. And the country, meanwhile, under Primakov, not only did she not get into new debts, but paid off all the old ones, including the Soviet ones. Moreover, only a few months after the default, the domestic economy began to stir, in which the first step was to increase the enormous “non-payments”, including the currency ones.

Another effective means that helped to rise from the knees of the Russian industry and agriculture, was extremely hard currency control. Striking contrast with current decisions on currency liberalization. Yes, the country continued after 98 after August, and now continues to earn currency mainly due to the sale of oil and gas. But if twenty years ago, the internal turnover managed to get rid of the dollar overnight and make it exclusively ruble, then today we only have to dream about this.

Not so long ago, in the days of the “Crimean aggravation” and the war in the Donbas, the United States seriously considered “isolating” Russia from the dollar. Someone from the most patriotic Duma members immediately dropped: “That would be a glorious reason to say“ Thank you! ”To the US federal reserve. 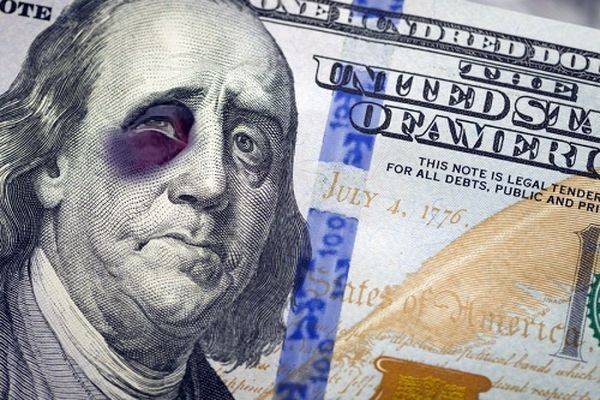 Although the real reason for the euphoria then, alas, was not. One can imagine how much “green” would cost on the black market in Russia. But ... something did not come together at the Federal Reserve. Whether the subcontractors have failed, or Tel Aviv and Riyadh, in unison, screamed: “Nooo!”