The power in Ukraine will be "lying under your feet"

5 September 2018
53
For the first two years after the “euromaidan”, Kiev political analysts vied with each other about the “political birth of the Ukrainian nation, its unity and solidarity”. And for this achievement, in their opinion, the loss of the Crimea and the war in the Donbass is not too big a price. However, time passed, and the enthusiasm for unity and cohesion subsided.

How could it be otherwise, when not only yesterday's “political fellow travelers” and allies, but also seemingly absolute like-minded people turned out to be in tough confrontation? There were a great many reasons for internal splits and conflicts, from ideological to economic.

But there was no real platform for possible national consolidation and inevitable compromises. First of all, there was no one who was somehow drawn to the role of national leader. 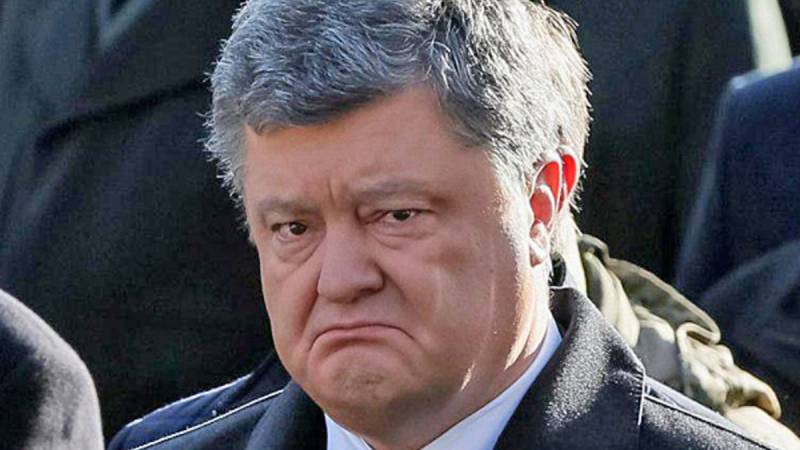 Petro Poroshenko was elected to the presidency as a kind of compromise figure. Yes, for a number of reasons, the radicals almost completely disliked him, but they never constituted the majority of the Ukrainian electorate. For the majority of the country's inhabitants, the “chocolate king” in 2014 seemed moderate against the background of the frightening “revolutionaries”. In addition, his participation in the governments of Yushchenko and Yanukovych seemed to hint at some continuity and the desire for stability, which the majority always craves.

Although Poroshenko disappointed his voters, the complete disintegration, disorganization of Ukraine and its complete immersion in anarchy did not take place in four years. Namely, such a script was drawn by many experts. However, it’s not Poroshenko’s and his team’s merit that’s more than a margin of safety that independent Ukraine inherited from one of the most important provinces of the Soviet Union, which was the Ukrainian SSR. 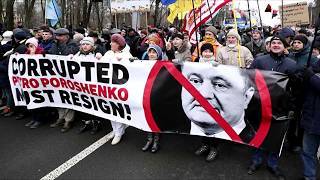 But, be that as it may, but during his presidency Poroshenko gained almost universal hatred. And his chances of re-election tend to zero. And all his tricks aimed at raising the rating, such as the recent terrorist attack in Donetsk or the spread of a fake about “giving autocephaly”, can only help him to stay in power until the elections.

But the question is that among the potential participants in the upcoming elections there is not a single figure who could get the support of at least a third of the population. 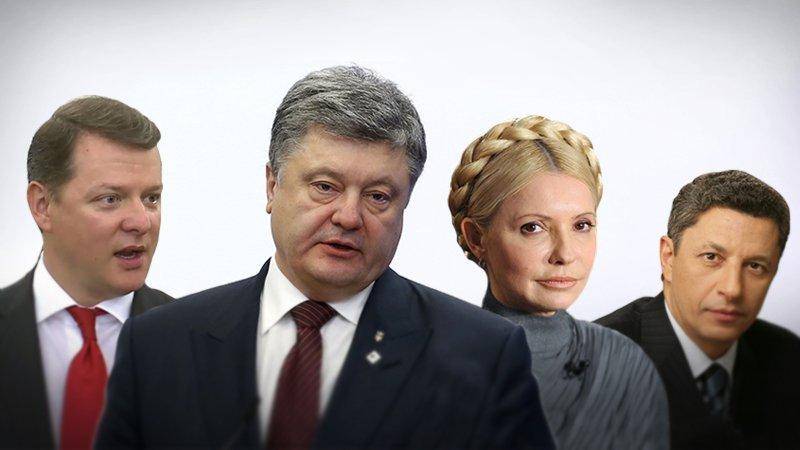 This, in particular, is evidenced by the data of the poll of the Foundation for Democratic Initiatives named after Ilka Kucheriv, which was conducted in Ukraine, the data of which are given by Vesti Ukraine. According to its results, there is not one of the politicians of Ukraine, the confidence of fellow citizens to which would prevail over distrust.

The confidence-distrust ratings of Svyatoslav Vakarchuk (-12%), Vladimir Zelensky (-25%) and Anatoly Gritsenko (-25%) look somewhat better, although, as we see, they are also negative.

Eight percent of Ukrainians see their new leaders Svyatoslav Vakarchuk, six percent of Vladimir Zelensky and Yevgeny Murayev as much. The rest of the respondents found it difficult to answer. 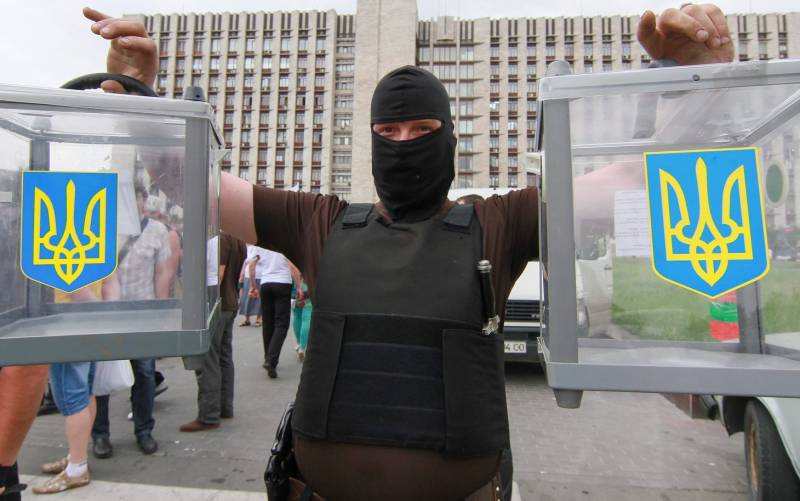 It is unlikely that by the presidential elections in Ukraine, which should take place in March next year, the situation will somehow change, and not only the national leader will appear on the political arena, but at least such a politician whose positive rating will exceed the negative "anti-rating".

And this means that there can be no talk of any credit of national trust, even for a short time.

Of course, the elections will take place sooner or later (unless something happens that will make their conduct irrelevant), and someone from the Ukrainian politic will be “elected” or appointed president. But no technology, no administrative resource will make the “president” elected against the will of the overwhelming majority of citizens (and this is exactly what happens in Ukraine) as a legitimate ruler.

The current balance of popular sympathy, clearly reflected in the data of the poll conducted by the Democratic Initiatives Foundation, shows that most of the electorate will be opposed to anyone elected to the presidency. 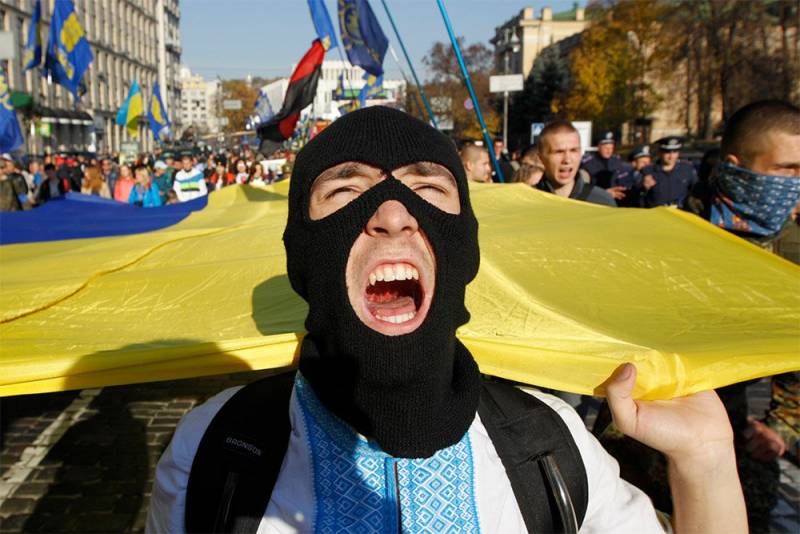 If we add to this that almost all election campaigns of candidates who have already begun de facto, are built on the principle “vote for me, because everything else is worse”, we can expect streams of dirt and slander. They will pour on all participants in the presidential race, and the "anti-ratings" will become even more.

In order to maintain their control, the United States quite successfully carried out a “rotation of power” according to the principle of a “scapegoat” in dependent countries when all sins are hung on the current government, which is replaced by young and popular (at that time) “reformers”, often with the help of the “color revolution” that continue to pursue the same pro-American course. According to this principle, “castling” took place in Georgia, where the pro-American Shevardnadze was replaced by the pro-American Saakashvili, who then gave way to Georgy Margvelashvili, also under the control of Washington.

Puppets are changing, the course remains the same, and people for some time there is hope for renewal and improvement. Penetration into the power of uncontrollable figures under this scheme becomes unlikely. 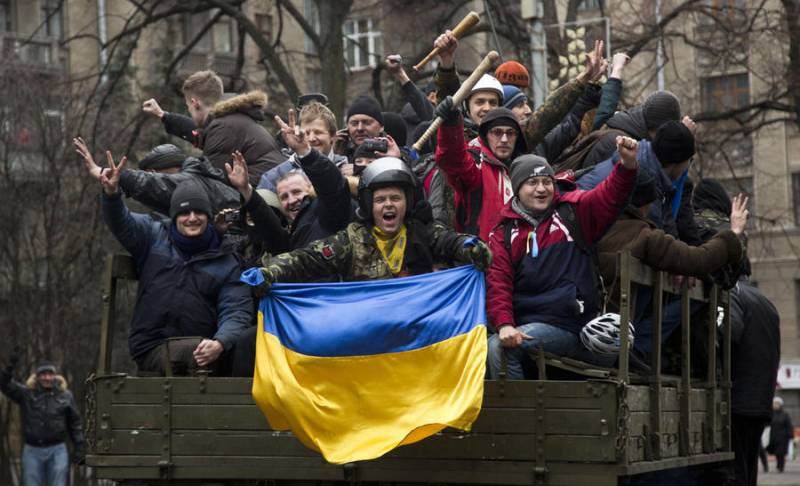 However, in Ukraine this method will no longer work - all more or less well-known politicians and media figures are so discredited that not one of them is suitable for the role of leader, even if short-term.

It is noteworthy that political scientists serving the current regime argue that there is nothing to worry about. That free Ukrainians, unlike the “slaves-Muscovites,” do not need a leader, that everyone here is his own pan, that “where there are two Ukrainians, there are three hetmans”. What is in this and the guarantee of stability and strength of Ukraine. 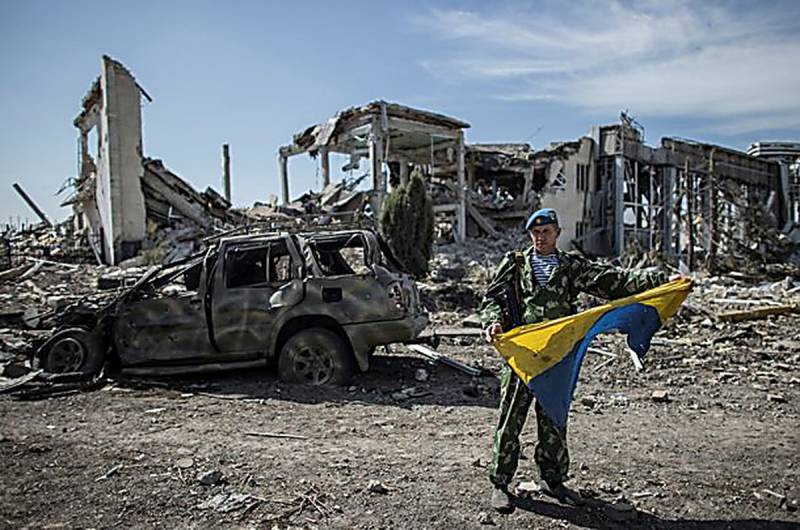 Well, we already passed it. "Poland is in turmoil," they liked to speak in the Polish-Lithuanian Commonwealth on the eve of its division.

Regardless of whether a new president will be elected in Ukraine, or Poroshenko, under some pretext, will finally usurp the presidency, the authority of any leadership will not even be zero, but negative.

In the state of such illegitimacy, it is hardly possible to retain power even with the help of terror. Because even in this case, at least some kind of authority and support of at least power structures is necessary. 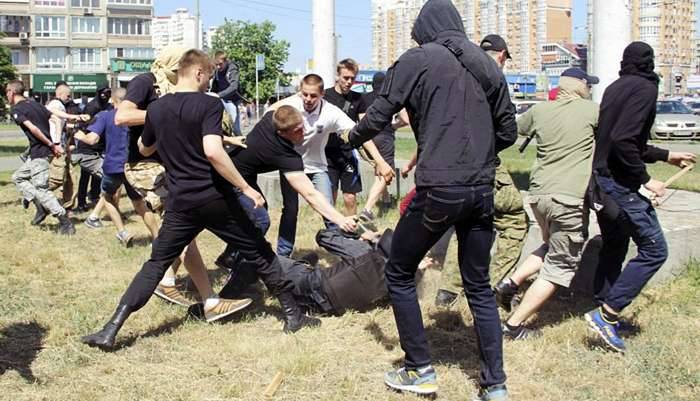 That is, in the very near future in Ukraine, the authorities will “wallow under their feet,” and everyone will feel like “lifting” them. The result of this state of affairs will not even be the “Afghanization”, but the “somalization” of Ukraine, when the splitting up of the country into areas under the control of certain field commanders or simply “authorities” will begin. 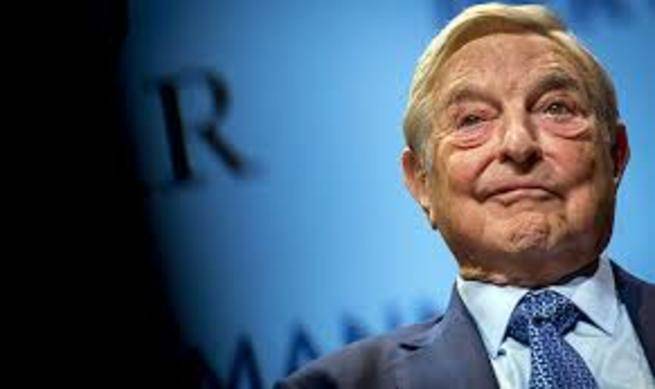 Moreover, such a prospect cannot be considered a failure of Western plans. Recall that George Soros said: "However, Europe will still benefit even if Ukraine will only have a huge ashes littered with a mountain of stinking corpses." 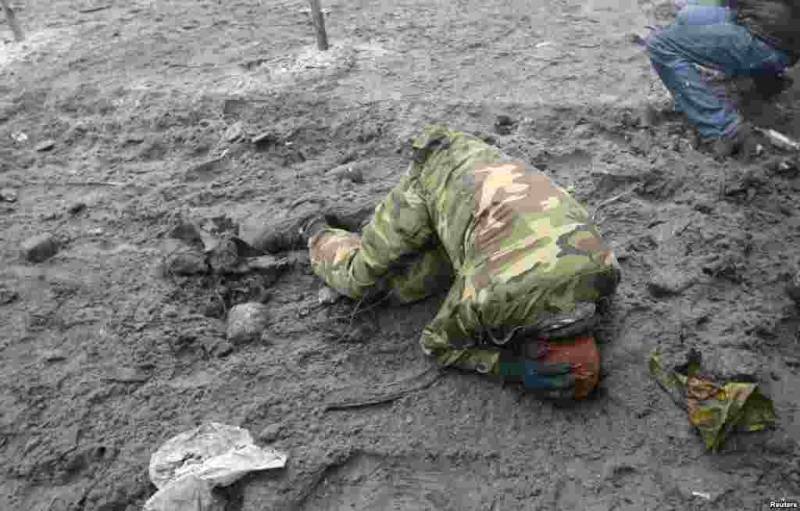 At the same time, he stressed that the weakness of Russia lies in the fact that it still considers the citizens of Ukraine "their". 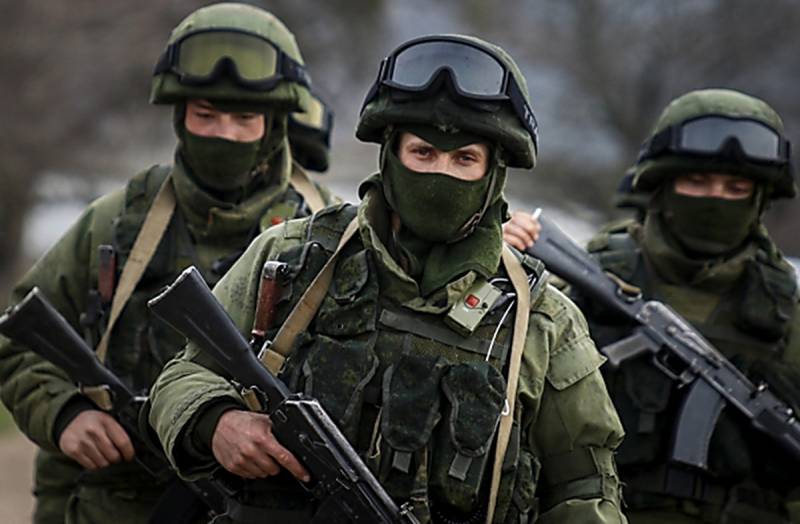 "Russia will not be able to leave Ukrainians starve to death and freeze to death in the ruins," the financier said.

However, even if the Ukrainians were not considered “their own,” Moscow would not be able to allow the emergence of a “black hole” of terror, chaos and anarchy at its borders. Our country will still have to rake the Ukrainian Augean stables.