"New Silk Road" will not reach the Baltic

3 September 2018
21
It became known last week that the Russian Railways company did not agree on the transit of two container trains from China to Estonia in September. According to RuBaltic portal, North Port Paldiski, together with the Chinese company Changchun International Land Port development, has developed a fast route for the delivery of Chinese goods to Scandinavia through the territory of Russia and Estonia. Container trains were supposed to go from Chinese Changchun through the Russian stations Zabaikalsk and Pechora to the Estonian port of Paldiski, and then to be shipped by sea to Sweden. Now the project failed. 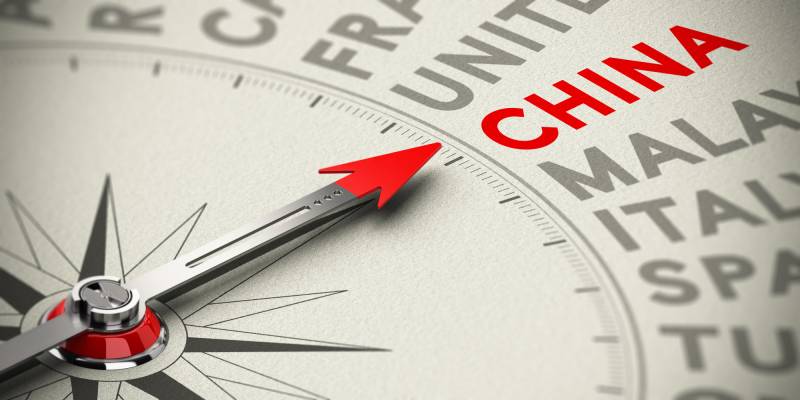 Russia is on the way to Estonian plans

According to expert estimates, this failure was expected. There are several reasons for this. We should start with the fact that the arrogant Chinese were discussing the route without Russia's participation. It is as if Moscow should stamp out all Beijing's projects without thinking, promoting its economic interests through its territory!

Meanwhile, at the beginning of the development of the “New Silk Road” concept, it was officially announced that the northern part of this infrastructure project was interfaced with the Eurasian Economic Union, whose interests are represented by the Economic Commission of the EAEU.

As you can see, the Chinese company ignored this requirement and arranged a win-win with the Estonian authorities, eager to make money on the transit of Chinese goods. When it became clear that the project could not be implemented without Russia, the Vice-Chancellor of the Estonian Ministry of Economy, Ahti Kuningas, wrote a letter to the Deputy Minister of Transport of the Russian Federation Sergey Aristov.

“We believe that the success of the project on the application of the new concept of the Silk Road requires good and operational cooperation between all parties,” wrote Kuningas who saw the sight in his address to his Russian colleague (quoted in RuBaltic), and undoubtedly serves the economic interests of all the countries and companies involved, including Russian Railways. We ask you to support this transit route and contribute to the modern receipt of confirmations / plans for transit traffic on the territory of the Russian Federation. ”

The letter of the Estonian official remained unanswered, which in general corresponds to the nature of relations between the countries. We note, by the way, the Baltic politicians categorically do not recognize the EAEU, convincing their European partners that this is “a Kremlin project aimed at reviving the Russian Empire.” Now it turned out that it is impossible to jump from China to Estonia, bypassing the EEU, in particular, the territory of Russia.

In the refusal of Railways can not be excluded political reasons. After all, for many years, the Russian authorities, due to the openly hostile position of the Baltic countries, have been trying to minimize the economic risks and the dependence of the transit of Russian goods on the whims of their neighbors. To this end, the port of Ust-Luga appeared on the Baltic coast in the new century.
At first, timber and coal passed through it. Soon the turn came to the ferry. Then the range of goods expanded, a multi-profile transshipment complex appeared, and then a terminal for the shipment of oil from the second Baltic pipeline system. (The first BTS, as we remember, works through the port of Primorsk).

Last year, Ust-Luga handled over one hundred million tons of cargo. In good times, this cargo traffic could go through the ports of the Baltic countries, equipped during the Soviet era. Now they are gradually reducing their momentum. For example, the largest Freeport of Riga in the Baltic States in the year 2017 shipped only 33,7 million tons of cargo across the sea, although its throughput allows processing volumes comparable to Ust-Luga.

The northern port in Paldiski, where Chinese container trains have been waiting for, even looks like an obvious outsider compared to Latvian neighbors. Moreover, after the 2008 crisis of the year, he could not get out of the losses, having accumulated more than 50 million euros, with an annual turnover of 11 million euros.

Estonian port workers tried to find happiness in China and make money on transshipment of Chinese containers to Scandinavia. This included a total of 20000 standard sea containers on an annualized basis. (Today, Estonia handles 33500 containers per year.) Now it’s already clear that they haven’t passed this number.

In Estonia, however, they pretend that the final point in Chinese transit through Paldiski has not yet been reached. Postimees portal cites the words of the head of the Estonian railway, Erik Laidvee, in this connection: “Russian Railways is trying to prevent the movement of Chinese freight trains to Estonia, but this is impossible in the long term, because international treaties do not allow to restrict transit from third countries.”

It should be noted here that Estonia itself, together with other Baltic countries, has more than once prevented the transit of Russian goods to Kaliningrad. As a result, the Ust-Luga-Baltiysk ferry appeared. So Laydvee led not the strongest argument.

Moreover, Russian Railways has other reasons to refuse China and Estonia to allow their container trains to pass through Russia. 27 August at a meeting of the presidential commission on the fuel and energy complex, the general director of Russian Railways Oleg Belozerov spoke about the congestion of the Baikal-Amur Mainline. He called the "bottleneck" the North Bom railway tunnel.

The meeting was not about the transit of containers from the eastern Chinese provinces. They discussed the development of the Russian Far East and the need to increase the volume of freight traffic in this regard. The commission commissioned RZD companies to prepare a feasibility study for the construction of the second Severomuisk tunnel by December 20.

Not only the Chinese, but also the Japanese and Koreans are counting on Russian transit. In the last decade of August, the Oriental Stevedoring Company tested a container with goods from Japan as part of an accelerated container train. VSK sent it from its own terminal in the port "Vostochny" on the Trans-Siberian Railway to Art. Vorsino in the suburbs.

According to the VSK press service, special sensors were placed inside the container that recorded the temperature and vibration level along the entire route. To monitor the cargo on the whole route to the container, an electronic Glonass seal with a GPS module was installed.

This test is preparing for the IV Eastern Economic Forum, which will be held in Vladivostok on September 11-13. According to the Yomiuri newspaper, it will, among others, discuss the transportation of joint cargo by Japan and Russia along the Trans-Siberian Railway. Five to ten Japanese companies have already shown readiness for this.

So while Estonia is looking for happiness on the “New Silk Road”, Russia is considering alternative transit cargoes and even plans large-scale investments to increase cargo traffic through its territory. Here are just Estonian interests nothing to do with. In the end, containers from Chinese Changchun can be transported by sea from the Russian Ust-Luga without major problems. After all, their final recipient is not the North Port of Paldiski, but the Scandinavian countries.

Conclusion from this stories is obvious: the short-sighted policy of the Baltic leaders has led their countries to the point that they are now slipping to the periphery of both Europe and Eurasia, past the New Silk Road.