The bloody results of the ultraradical rule in Syria

2 September 2018
15
Iranian news portal "Pars Today" reports, referring to the Syrian Center for the Protection of Human Rights, that, as of the end of August, more than 5 thousands of Syrians were executed by terrorists of the Islamic State (prohibited in the Russian Federation) in Syria. 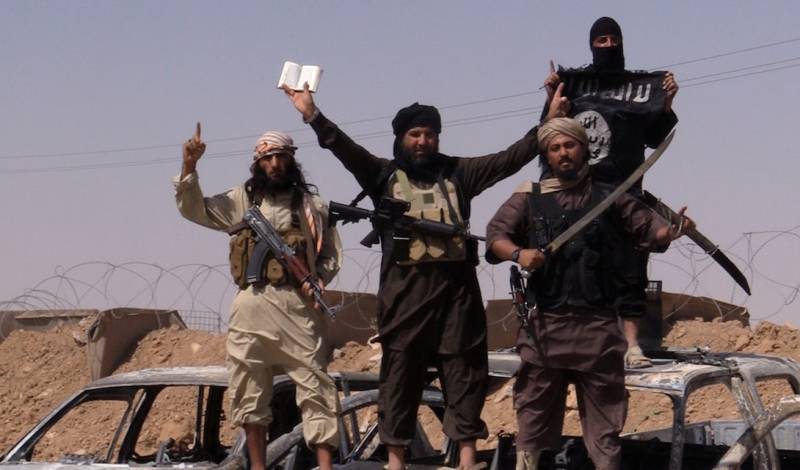 Syrian ultra-radical caliphists. According to quite reliable data, none of the militants captured in this photo are no longer alive.

Even such a controversial organization as the Syrian Observatory for Human Rights (SOHR) was forced to admit that "at least 3000 of 5000 executed Syrians were peaceful persons. Among them were at least 125 children and 174 women."

These people were killed not only during executions (although this is the main way most of the victims of terrorists were killed), but also through cutting off the head, stoning (the traditional way according to Islamic law), burning, dropping from a height, crucifixion and etc. Basically, all these crimes were committed in the provinces of Damashik, Deir Ez-Zor, Ar-Raqqah, Hasak, Aleppo, Homs and Hama. 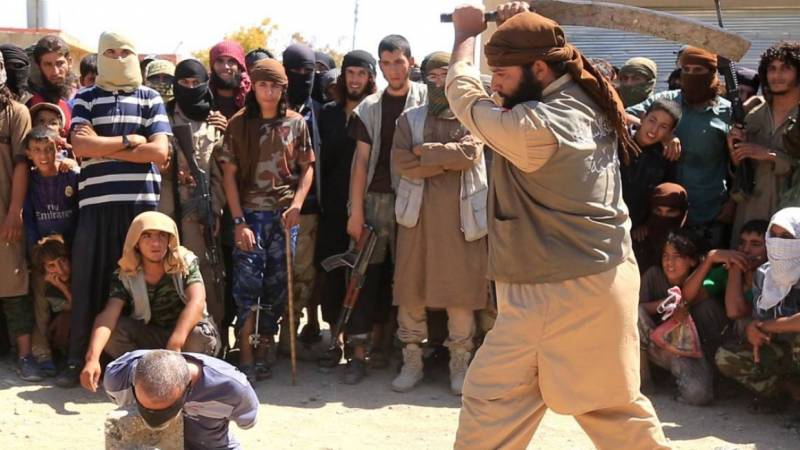 Militants banned in the Russian Federation "IG" produce a penalty, in the medieval style and relying on the early medieval Sharia law, a simple civilian who refused to cooperate with them.

In addition, the militants "DAISH" also committed the death penalty 583 of its members, mainly on charges of intelligence in favor of foreign countries, as well as for trying to desert or secede from this organization. Some of the executed supporters of "IG" were women who joined them.

Syrian activists (as they say, 7 years of civil war did not pass) called on the UN Security Council to transfer the case of the military and anti-human crimes of terrorists in Syria to the International Criminal Court in The Hague to, if possible, punish the criminals (apparently According to SOHR activists, they are not active enough in a worthy reward to criminals and terrorists). 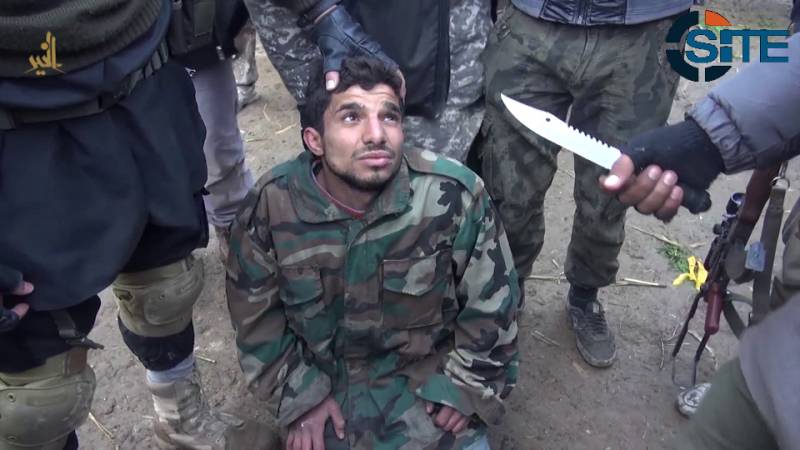 The Syrian version of the legendary phrase "Work, brothers!". Islamic terrorists are preparing to kill a Syrian soldier captured in captivity in the province of Deir Ez-Zor.

Large contingents of the Islamic State terrorist group, which for several years occupied many parts of Syria and Iraq, with the support of some states in the region, were largely completely destroyed after the liberation of the city of Al-Bucamal in southern Syria and the city of Rawa in Al-Anbar province in Iraq . However, certain militant groups are still continuing their criminal activities in some areas of Syria and Iraq.