We are not on the way! Poroshenko recalls representatives of Ukraine from the statutory bodies of the CIS

19 May 2018
124
President Petro Poroshenko said that he had signed a decree on the recall of all representatives of Ukraine from all the statutory bodies of the Commonwealth of Independent States. 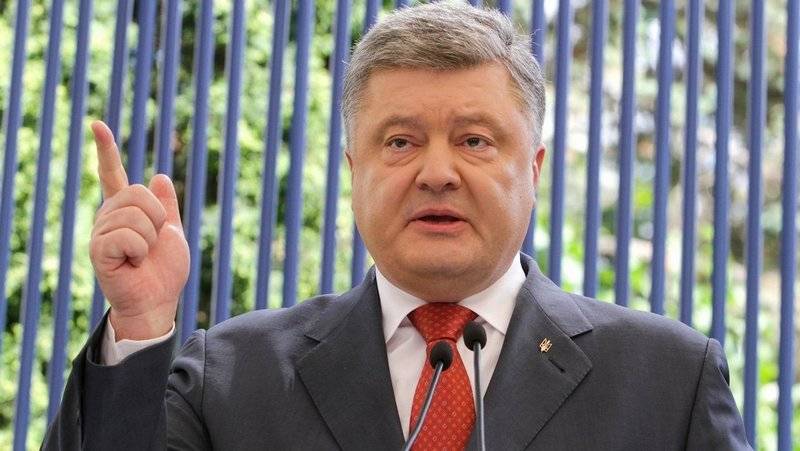 Today I signed a decree on the recall of all representatives of Ukraine from all statutory bodies of the CIS. We have nothing more to do there - we move together to Europe
- he said on Saturday in Vinnitsa during the celebrations on the occasion of Europe Day, adding that the future of Ukraine is in Europe.

In his speech, Poroshenko stressed that Europe should be understood not as a geographical category, but as “the common values ​​of independence, democracy and respect for the person and his rights and freedoms”.

And the Ukrainians, undoubtedly, are the European nation that has made its civilization choice: at least 70% of our citizens support the idea of ​​Ukraine joining the European Union. I am sure that Ukraine will certainly become a member of a large European family! Celebrate Europe Day together!
- said the head of state.

As reported, on May 2, the National Security and Defense Council of Ukraine (NSDC) supported the proposal to cease the participation of Ukrainian representatives in the activities of the Commonwealth of Independent States (CIS).

Ukraine was one of the three signatories of the Agreement on the Establishment of the CIS 8 in December 1991, along with the Russian Federation and Belarus. However, in January 1993 in Minsk at the CIS summit, where the Charter of the Commonwealth was adopted, Ukraine did not sign it. Since spring 2014, Kiev’s participation in CIS events has been reduced to a minimum.