18 May 2018
7
The ship “Ivan Khurs” of the 18280 project, built at the Northern shipyard, after the dock inspection, equipment inspection, restoration of the paintwork of the underwater hull part, received permission to go to sea to continue factory testing, the Shipbuilding Company press-service reported. factory "Northern shipyard". 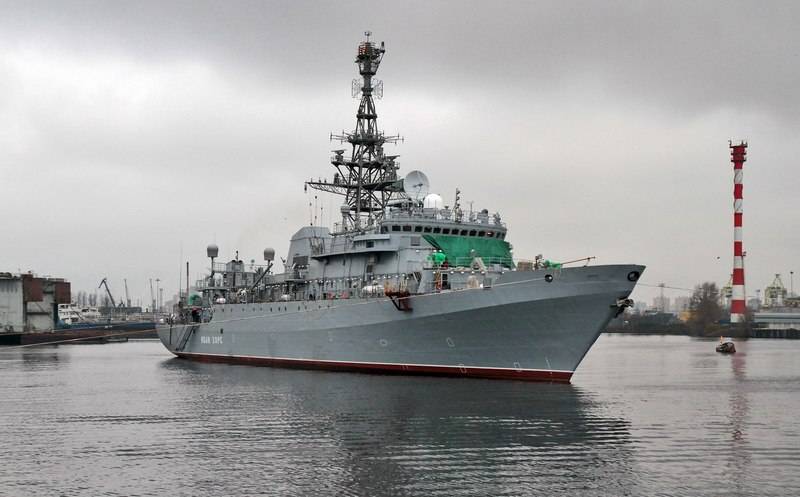 Hurs will enter the sea on May 19, and in 5 days it will return to the factory. The communications vessel will have to close another half dozen travel certificates, including those for ship devices and the navigator unit. The program of state tests is already partially implemented. Thus, during the first stage of the sea trials, it was possible to close 57 from the 84 credentials of this program.
- said in a statement.

The communications ship, named after Vice Admiral Ivan Kuzmich Khurs (29.09.1922/28.12.2002/XNUMX - XNUMX/XNUMX/XNUMX), who made an outstanding contribution to the creation and development of permanent intelligence of the USSR Navy, is designed to provide communications, control fleetsolving special problems. The flagship of this project, Yuri Ivanov, was handed over to the customer in 2014.