More than ten samples. On the basis of BMD-4M will create new combat vehicles

18 May 2018
50
The fourth-generation Russian airborne combat vehicle BMD-4M is a unique example of armored vehicles. In terms of firepower, she can argue with a light a tank, thanks to the latest sights, it sees perfectly at night and has high maneuverability characteristics, writes "RG" 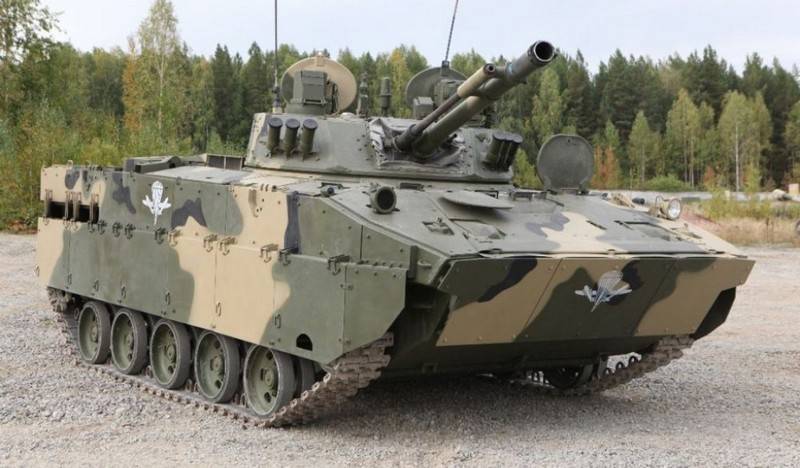 BMD-4М is equipped with an information and control system that monitors the status of components and assemblies. There are also modern means of communication and satellite navigation.

Given the specificity of the application, booking is bulletproof, but if necessary it can be enhanced with additional protection.

BMD is, in fact, the basis for the creation on its base of a large number of combat and auxiliary machines. Thanks to military exercises and parades, we are well acquainted with the armored personnel carrier BTR - MDM "Shell". For units of radiation, chemical and biological protection, a special РХМ-5М was created.

Already in the twenties, the Airborne Forces would receive the anti-aircraft Birdhouse, the Pervoput combat reconnaissance vehicle, and the Affect-M tow truck. In total, the family will consist of more than ten samples.