14 May 2018
30
On the morning of May 13, a new Chinese aircraft carrier, completely built in the People's Republic of China, and designated as the 001A project, first entered the factory test, reports bmpd. 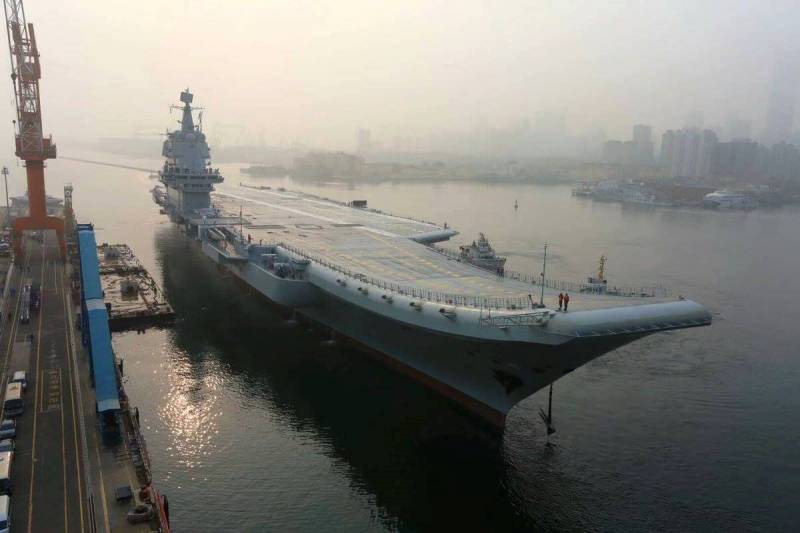 The first way to sea at the factory running tests of the second Chinese aircraft carrier. Dalian, 13.05.2018

The construction of the second Chinese aircraft carrier (the first — the Liaoning acquired in Ukraine, the former Varyag) was carried out in Dalian by the Dalian Shipbuilding Industry Company (Group) (DSIC) shipbuilding association.

The author recalls that the first aircraft carrier "Liaonin" (project 001), acquired in the unfinished form in Ukraine in 1998 year, was completed at the shipyard of the same company (DSIC). Launched in September 2012.