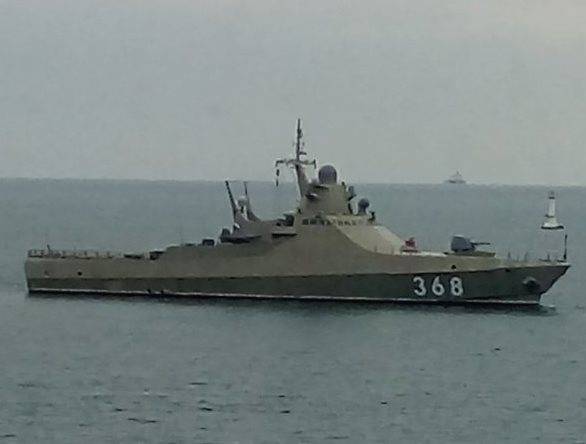 The crew of the newest leading patrol ship "Vasily Bykov" left Novorossiysk and began to conduct factory sea trials. For the crew of the ship, this is the first after the construction and launching of the independent sailing,
says release.

It is reported that during the tests, “the reliability and livelihoods of power plants, steering gear, auxiliary mechanisms, communications, navigation and other systems of ship equipment and weapons, as well as the ship’s navigability, controllability, stability, propulsion and inertia on different modes.

The press service added that "factory tests are carried out by a full-time crew and are one of the important stages completing the ship building process, and are carried out in order to check the main characteristics of the new building, all ship devices, machinery and equipment for compliance with technical conditions."

The lead patrol ship "Vasily Bykov" of the 22160 project was built at the Zelenodolsk Plant named after them. A.M. Bitter "and launched in August 2017 of the year.