Now "tactical." Thompson submachine gun launched in the US

11 May 2018
58
The legendary Thompson submachine gun, also known as Tommy Gan, was re-released in a “tactical” version. The company Auto-Ordnance announced the start of sales of the model Tactical Tommy Gun, reports "Warspot" with reference to the portal guns.com 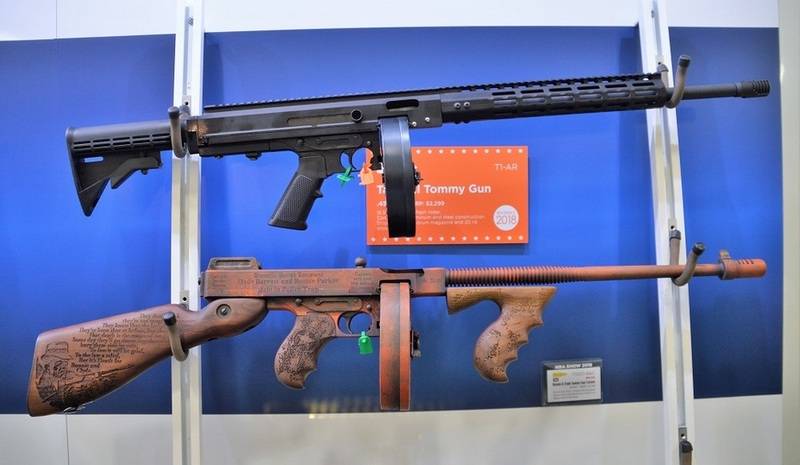 For the first time, a presentation of a new submachine gun, similar to a hybrid of the AR-15 and Tommy Gang, was held at the SHOT Show 2018, which took place in Las Vegas from 23 to 26 in January. Then Mun Kukchin, head of the Kahr Firearms Group, which includes Auto-Ordnance, announced the imminent release of the Tactical Tommy Gun model, reporting its approximate price of $ 1000.

However, at the start of sales, the cost of the "tactical" Tommy Gun was significantly higher - the retail price recommended by the manufacturer for the USA was $ 2229. Tactical Tommy Gun is available in .45ACP caliber, while Auto-Ordnance indicates that a version for 9 × 19 mm can be released later.

Ctrl Enter
Noticed oshЫbku Highlight text and press. Ctrl + Enter
We are
Izhmash increased arms sales to the US market by 15%
Military Reviewin Yandex News
Military Reviewin Google News
58 comments
Information
Dear reader, to leave comments on the publication, you must sign in.