Will Russia supply Syria with C-300? The Ministry of Defense told

10 May 2018
154
Russia may supply Syria with the C-300 anti-aircraft systems, but so far the decision on supplies has not been made, reports Interfax statement of Deputy Defense Minister Alexander Fomin. 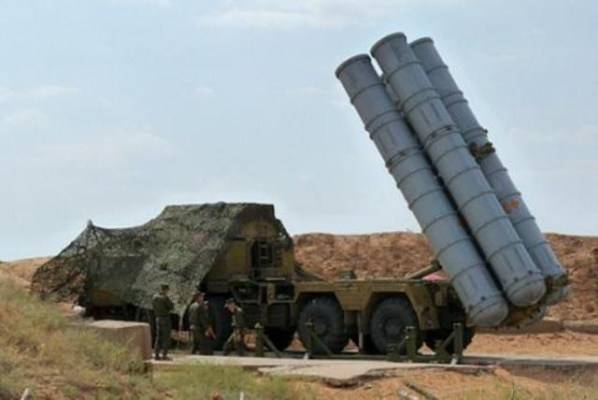 While there are no such solutions. If they are accepted, why not. Syria, fortunately, is not under sanctions,
Fomin said, answering the question whether the Russian Federation will supply C-300 to Syria.

On the possibility of supplying Damascus systems C-300 "Favorite" Russian military and diplomats said after the impact of the Western Coalition on Syria on 14 in April of April.

19 April, Syrian Ambassador to the Russian Federation Riyad Haddad, answering the relevant question of the agency, said that the long-range air defense systems C-300 began work in Syria a month ago. But this was refuted by a Russian military-diplomatic source.

The Syrian government forces do not have a Russian C-300 anti-aircraft missile system,
said a source to the agency. According to him, the Syrian forces are armed with other air defense systems, such as Soviet development, as well as modern Russian complexes, for example, the Pantsir.

In late April, Colonel-General Sergei Rudskoy, head of the Main Operational Directorate of the General Staff of the Russian Armed Forces, announced that Russia plans to supply new complexes to the SAR.

Russian specialists will continue training Syrian military personnel, and will also assist in the development of new types of air defense systems, the deliveries of which will be carried out in the near future,
told Rudskoy reporters.

The Ministry of Defense of Syria analyzed in detail the results of the reflection of a missile strike. On its basis, a number of changes have already been made to the country's air defense system, which will further increase its reliability, he added.

According to him, it is obvious that Syria’s air defense system was decided to be strengthened and made layered.