Another 20 "Alligators". Egypt will receive a batch of the latest helicopters before the end of the month

3 May 2018
45
Russia will supply the Ka-20 Alligator reconnaissance and attack helicopters to Egypt around 52 by the end of the month, Interfax reported, citing an informed source. 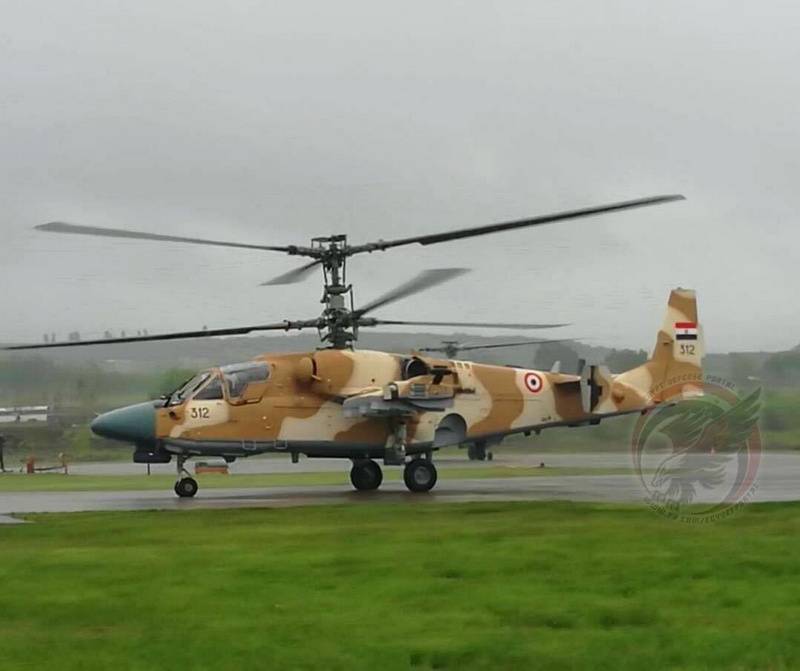 Before 30, the next batch of Ka-52 from 18-22 helicopters will be delivered to the Egyptian side
- Said the source agency.

Earlier in 2017, a batch of 15 helicopters was handed over to Egypt, while the contract must supply 46 Alligators.

It was also reported that in the 2018 year, the company "Helicopters of Russia" will produce about 25 combat "Alligators", six of them are intended for the Russian Defense Ministry, the rest - for export.

The export version of the Ka-52 is a modification of a serial combat helicopter. Unlike the base model, the Alligator for a foreign customer is manufactured using anti-corrosion materials and has a reinforced fuselage design. It installed new landing gear and wheels, designed for increased take-off weight of the helicopter.

On the Ka-52 in the export version, a new airborne defense complex and a sighting station are installed, which provides a greater range of detection and recognition of targets. The helicopter is also equipped with an updated onboard equipment system, an objective control system, an improved digital video registration system, and a new cooling system ensuring the operation of the helicopter in hot climates.