The tragedy in Mulino will accelerate the failure of explosions 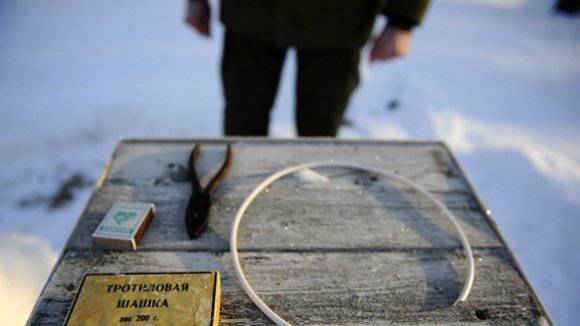 The tragedy at the Nizhniy Novgorod Mulino landfill, where six people died during the disposal of old ammunition, will accelerate the introduction of such methods of ammunition disposal, in which shells do not explode, but dismantle or destroy. This was reported to Izvestia by a source in the Ministry of Defense.

- We are now working on the issue of accelerating the transition to new technologies for the disposal of ammunition without exploding. Among them, the analysis of ammunition, burning of explosives using a special technology. Perhaps it will be possible to completely abandon the explosions by the end of next year, the source told Izvestia.

For the first time, non-explosive technology for munitions disposal at landfills began to be used in the Central Military District. There, at several test sites, the P-40 Destroyer devices were introduced, burning the contents of the projectiles without causing detonation.

The Central Military District Commander Vladimir Chirkin, appointed last week by the Commander-in-Chief of the Ground Forces, told Izvestia that the possibility of the Ural Pyrotechnic Plant (UFR) manufacturing these products is hampering the massive introduction of the Destroyers.

- Their capacity allowed to recycle somewhere 500 tons per day. I literally squeezed out of them 600. Whether they will be able to provide large volumes is difficult to say, because they have a very difficult staff: for each employee, you need to receive admission to the FSB to work with explosives. Of course, the use of such methods of disposal, in which you do not need to blow up projectiles, is safer, I hope, we will be able to switch to these technologies completely, - Chirkin told Izvestia.

He added that in addition to the "Destroyers" there are other devices for the non-explosive disposal of projectiles and their parts. For example, for the utilization of engines from rockets for the Grad systems, the technology of conventional generation is used - they are stuck into the ground and launched. Production time is from 2,5 to 3,5 seconds, after which the engine stops working and is dangerous.

“It will sound like a plane for a couple of minutes, that's all,” Chirkin described the technology.

UPZ representative Sergey Mikhalchuk told Izvestia that in May, the plant would begin dismantling the Destroyer shells at the same Mulino landfill, where an explosion occurred on Wednesday. Agreement with the command of the Western Military District is already there.

- Next week I will go there to assess the situation, and after that it will become clear what volumes we are talking about. By the end of May, we plan to reach the volumes of 600 tonnes disposal per day. If the Motherland decides to increase the volumes, we will build another production of the “Destroyers”, Mikhalchuk promised to Izvestia.

He added that the program for the disposal of obsolete ammunition was calculated until the end of 2014, and the HPA could by this time completely replace the military with recycling.

“We have already completely replaced the military at the Red Aduy and Saratov training ground, in the near future we plan to reach these figures in Shilovo and Tyumen,” explained Mikhalchuk.

Technology KPI is not worth a penny to the military - businessmen pay for the production of "Destroyers" and the work, passing in the scrap metal remnants of ammunition. The weight of standard artillery blanks reaches 40 – 50 kg, and aerial bombs can weigh several centners.

Now all this good military blow up at the landfills, making bookmarks of several pieces. In addition to regular accidents and mass death of the bombers themselves, the explosions cause the destruction of houses a few kilometers from the landfills.