Not pulled out? C-130 Hercules National Guard crashed in US

2 May 2018
223
US military transport aircraft C-130 (Hercules) crashed in the state of Georgia, the press service of the US Air Force reported.

Yes, we can confirm that it was a National Guard plane. That's all we know at the moment.
- said the spokesperson, responding to a question about the crash of the C-130. 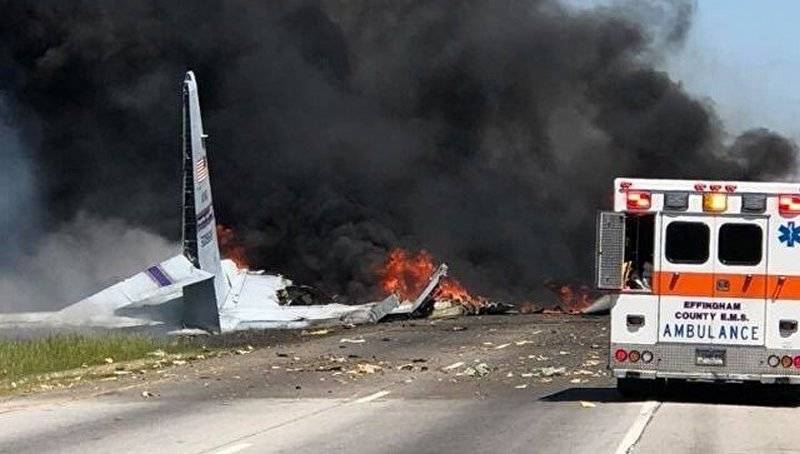 In Twitter, the association of professional firefighters in the city of Savannah published a photo from the scene. It shows the tail of the aircraft, lying next to the road. Behind him is visible fire and black smoke. According to the DailyCaller online portal, the aircraft was part of the 165 of the National Transport Guard Squadron of the National Guard of Georgia and was heading from Savannah Airport to the Davis-Montana airbase in Arizona.

The plane crashed a few miles from Savannah Airport, CNN reported, citing a representative of Candace Carpenter Airport. About the causes of the fall and the victims of the incident, at the moment nothing is known

Airport crews help local services with an incident with an airplane outside the airport. At the airport, it has not affected
- wrote Carpenter on Twitter.

The C-130 Hercules is the main tactical transport aircraft not only of the USAF, but also of many other countries. Its capacity - about 20 tons, depending on the modification, can be installed machine-gun armament. The aircraft is designed for tactical shipments, as well as for landing troops and military equipment in a landing and parachute way, it can accommodate more than 90 soldiers or about 60 paratroopers.