April 30 2018
32
The short-range Tor-M2DT brigade complex of the short-range anti-aircraft missile system to perform tasks in the Arctic is planned to be delivered to the troops until November, Interfax reports, citing a military source. 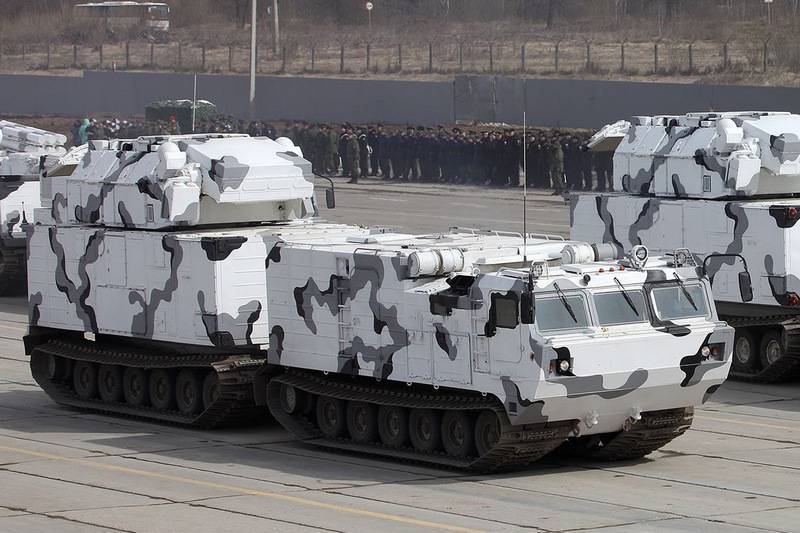 State tests of the Tor-M2DT air defense system should be completed in the first half of this year.

Top-M2DT is an arctic version of the Top-M2 complex mounted on DT-30 two-link track-type conveyors.

These complexes have a unique maneuverability, can overcome ditches, swim, do not lose their performance in the 50-degree frost. The 16 complex consists of vertical-launch anti-aircraft missiles with a range of damage up to 12 km and an altitude range up to 10 thousands of meters
- Reported earlier in the Ministry of Defense of the Russian Federation.

Former commander of the North fleet Russian Federation Nikolai Evmenov said that the combat capabilities of the troops stationed in the Arctic will be increased.

Ctrl Enter
Noticed oshЫbku Highlight text and press. Ctrl + Enter
We are
The Ministry of Defense announced the final stage of state testing of the Arctic version of the Tor-M2 complexNew parade of the Victory: Arctic "Pantsir-SM" and "Thor" based on the Vityaz all-terrain vehicle
Military Reviewin Yandex News
Military Reviewin Google News
32 comments
Information
Dear reader, to leave comments on the publication, you must sign in.