How Ravu Russian stormed. Part of 4

5 May 2018
12
Fortunately for the fate of the operation, on the northern flank of the Battle of Galicia, where, after the end of the railway maneuver, the 26,5 headquarters of the Russian divisions acted against the Austrian 15,5, a turning point occurred.


On August 28, Russian troops captured Tomashev and threatened the rear of the enemy’s attack force. The group of Joseph Ferdinand, covering the rear of the army M. Auffenberg, was defeated. From the north to the rear of the Austrian 4 Army, the 5 and 17 Russian Army Corps were already leaving the 5 Army. Formed by P.A. Plehve, commander of the 5 Army, the cavalry corps was sent to the rear of the enemy's 4 Army: near Frampol and Krasnobrod, he struck the enemy rear, defeating part of the cover and transports, and then, helping the 3 Army, helped defeat groups of Joseph Ferdinand. The 2 corps groups of P. A. Pleve, acting in divergent directions, helped the neighbors: 25 and 19 - 4, and 5, 17 and Equestrian - 3 armies. The connections of the 5 Army went around the right flank and reached the rear of the Austrian 1 Army — which led to the command of the latter deciding to withdraw operational consolidation over the river. San

The general attack of the South-Western Front, the exit of large forces of the 5 Army to the rear of M. Auffenberg's troops was "broken" by the Austrians, and from 30 August - a general retreat of the enemy.

The battles of Rava Ruska are the most important element of the Gorodok battle. It was the final operation of the Battle of Galicia.

The total losses of the Austrian 3 and 4 armies in the Battle of Galicia were:
3 A - up to 109000 people;
4 A - to 90000 people.
A significant part of these losses accounted for the operation of Rava Ruska - Gorodok - during this battle the Austrians lost up to 50% of the combat strength of their troops.

M. Auffenberg recognized that many units of his army lost up to half of their composition. The Austrian 4-I army only prisoners lost 28 thousand people.

3 guns, several machine guns and over 30 thousand captured soldiers and officers of the enemy during the operation of the Rava of the Russian steel 8 guns became trophies of the Russian XNUMX army. 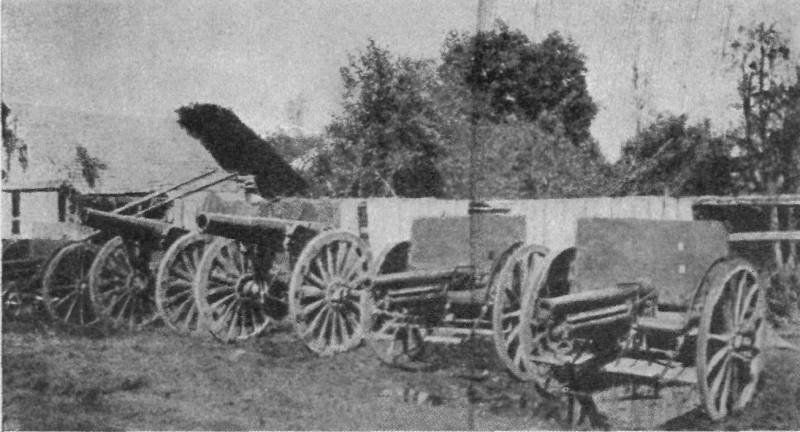 The enemy’s losses in the Battle of Galicia were such that M. Hoffmann wondered how the Austrian 40 divisions fit between the Carpathians and the Vistula, and E. Ludendorff wrote that the color of the front officers and the best soldiers were killed on the battlefields. And the German historian O. von Moser stated that the bold strategic chess moves of the command of the Austro-Hungarian army and the transfer of reinforcements from the Balkans (albeit late) did not bring success. The best forces were unsuccessfully donated to the super-bold enterprise, and as a result the Russian armies pursued the Austro-Hungarian troops, exhausted and shaken, threatening the Carpathian passes.

During the operation, the 25-th Selenga infantry regiment of the 1914 division fought at the Rava of the Russian 41 on August 11 of the 2-division of the Army of the Dual Empire - the 500 of the Tyrolean rifle regiment. 2 soldiers were also captured by this unit. The commander of the XNUMX regiment, Colonel Brosh von Arena, died with a banner in his hands. 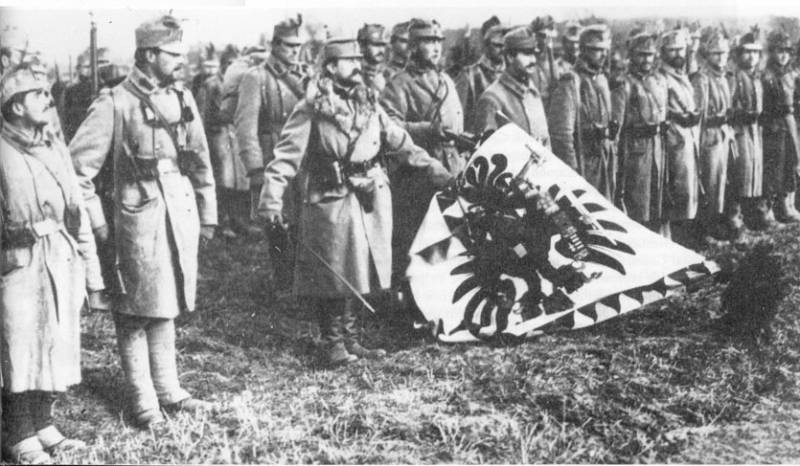 The operation of the Rava of Russia proceeded in an atmosphere of highly mobile intense battles, was characterized by a struggle for the flanks, and the firefights were complemented by bayonet attacks. Counter battles take place quite intensely and with varying success. Personnel Austrian units are a formidable opponent, the high fighting spirit of which is evident also from a relatively small number of prisoners. The Austro-Hungarian infantry aggressively attacked with thick chains, representing a grateful target for Russian artillery. Often, the Austrian infantry carried out attacks without sufficient artillery preparation, suffering heavy losses. The Austrian command did not take into account, as A. Belaya, researcher of the Galician battle, rightly noted, unsatisfactory political preparation for war and not always proper adhesion in different parts. The mass surrenders under the Russian counterattacks of the Austrian Slavs confirmed the fact of the moral depletion of part of the Austrian infantry - the necessary resilience as part of which was preserved above all by the Hungarian and German parts.

In operation, many Russian units distinguished themselves. So, D. G. Shcherbachev noted the actions of the 176 Infantry Regiment of the Infantry Division of the 44 Division: being assigned to support the 11 Cavalry Division, he kept the 3 of the day alone until the approach of parts of the 10 corps and 5 days he fought on the flank of 5 Division, without wagons (on breadcrumbs) - so also under heavy fire of heavy artillery advanced aggressively forward. The morale in the Russian troops was at the height. Artillery acted with success, paving the way for the infantry.

From the point of view of the tactical activity of the troops, intense, replete with increased activity of opponents, the battle of Rava Ruska is especially interesting. So, the 6-day offensive of the Russian 11 and 9-th army corps (5 divisions) to the fortified position of Rava Rus, which was carried out inconsistently, as noted, was not successful. And this despite the fact that the divisions were given a relatively narrow front of attack - 3 - 3,5 km. The enemy’s battle formations (6-I cavalry, 3-I, 19-I infantry, 41-I drove infantry divisions) occupied the 13-km front, being echeloned in depth. The average density of Austrian troops on 1 km of the front is up to 800 people, 4 machine guns and 7 guns on the Russian 11 corps and up to 3 thousand people, 7 machine guns and 15 guns on the Russian 9 corps front. Owing to the depth of the Austrian positions, the advancing Russian divisions could only approach the leading edge of the main line of defense. And this despite the fact that the defense of the enemy wore a field character, was organized during the period of maneuverable military operations.

Strategically, the Austrians made a huge mistake in August 1914 on the 2 front against Russia and Serbia. As a result, the 2 army was not enough in Galicia.

F. Konrad Gettsendorf fought hard, and if the German command had chosen coalition interests over the German, the results of the Battle of Galicia could have been different. F. Conrad von Gettsendorf noted that the Germans had pledged to assemble at least north of Thorn 12 divisions, which were supposed to advance on Siedlce, at that time, the Austrians - to Lublin. The Austrians fulfilled their obligations, and the Germans moved their forces not to the south, but to the northeast - to Gumbinnen. And all the power of the South-Western Front fell on the Galician armies of Austria-Hungary - the balance of forces east of Lviv was especially pernicious for the Austrians. 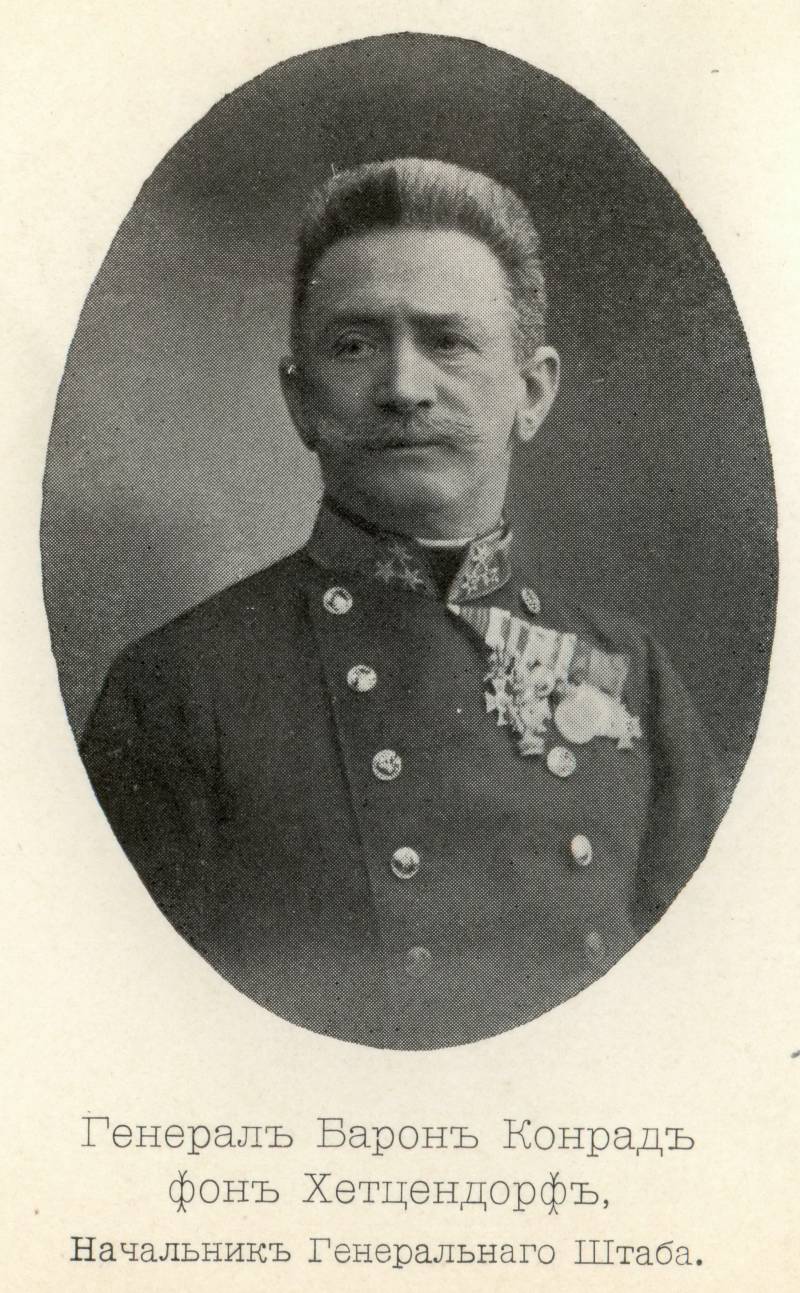 During the battles of Rava Russkaya, according to General Yu. N. Danilov: “For six days ... the Austrians disputed the victory of our troops.” The participant of the operation M. D. Bonch-Bruevich wrote: “... around 4 hours of the day 30 in August, the gray-blue mass of prisoners began to move towards Zholkiev, and soon the square and the neighboring streets of this small town were literally slaughtered by captured prisoners ... Reports from corps soon confirmed that the enemy was in full retreat ... Thus ended the seven-day battle of Magirov - Rava Russian with the victory of the 3 army, and the Great Galician battle in the space between the Vistula and the Dniester subsided with it ... ”.

In the operations of Rava Ruska - Gorodok, the talk was about the fate of the Battle of Galicia - a key battle not only on the Russian front, but also of the whole world war.

The operation of Rava Ruska contributed to the collapse of the counter-maneuver of the Austrian command, did not allow the initiative to be wrested from the hands of the Russians, and secured the victory in the Battle of Galicia. 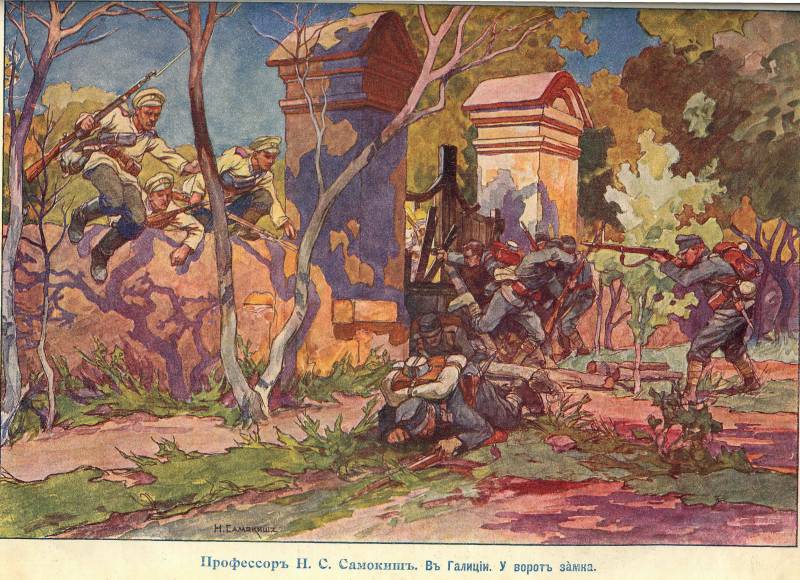 Ctrl Enter
Noticed oshЫbku Highlight text and press. Ctrl + Enter
We are
"Condenser" and "Transformer". About almost mortarsSu-57 and dancing with the wallet
Military Reviewin Yandex News
Military Reviewin Google News
12 comments
Information
Dear reader, to leave comments on the publication, you must sign in.