Hypocrisy without limits. The Russian Embassy told about the actions of London

April 28 2018
34
The latest statements by the British Permanent Representative to the OPCW, Peter Wilson, on Russia - hypocrisy that knows no boundaries, leads RIA News words of the representative of the Russian embassy in London. 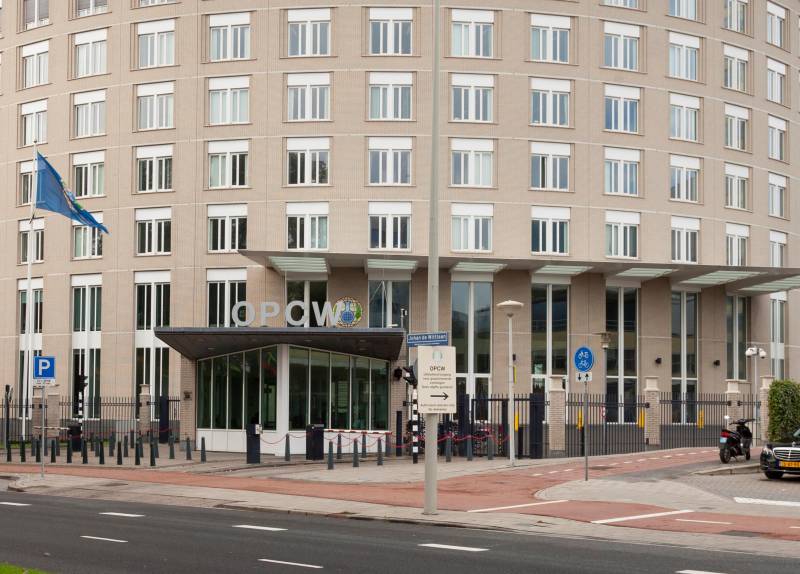 Earlier, Wilson said that by holding a briefing with the participation of witnesses to events in the Syrian Duma, Russia is trying to undermine the work of the organization. He ignored the briefing, calling the event a trick, and stressed that the general director of the OPCW did not support his holding.

The hypocrisy of the British representative has no limits. Immediately after the chemical incident in the 7 Duma of April, Russia demanded an urgent investigation by experts of this organization. Moscow has always insisted that the OPCW should play a central role in investigating the use of chemical weapons. We are convinced that only a truly independent investigation can answer the question of what exactly happened in this Syrian city,
said a Russian diplomat.

However, Britain chose a different path.

London ignored the OPCW procedures. On the basis of more than dubious "evidence", mostly unverifiable messages in social media, the United Kingdom, the United States and France accused the Syrian authorities of using chemical weapons against their own people. Moreover, the same three countries carried out military strikes against an independent state, violating the fundamental principles of international law,
noted the representative of the diplomatic mission.

The logic of the UK position is absurd. The UK claims that presenting real witnesses is a trick, but then how do we call the video made by the UK-supported “White Helmets”, in which these same unsuspecting people are depicted as victims of a non-existent chemical attack? It seems that London is so obsessed with fakes and lies that any truth looks to him like propaganda,
added on.

recall, on Thursday, Russia organized a briefing for the Permanent Representatives at the OPCW with the participation of witnesses staging Himataki in the Syrian Duma. 17 people who witnessed events in the Duma took part in the meeting. Among them is a family with three children, including 11-year-old boy Hassan Diab, who talked about how he was watered after the alleged attack.