In Yemen, eliminated one of the high-ranking commanders of Al-Qaida *

April 27 2018
15
One of the high-ranking commanders of Al-Qaida * died in Yemen as a result of a strike from a drone, reports RIA News Post source in the province of Shabwa. 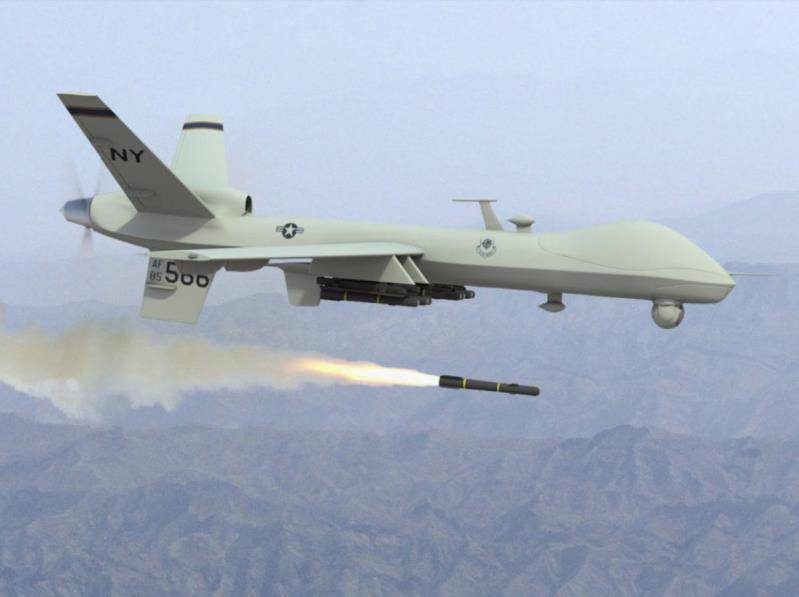 The drone, presumably American, killed the commander of al-Qaeda * Nasser Hussein Bamduh al-Bubakri al-Awlaki when he was in the Rafd valley of al-Said in south-east Yemen,
said the source.

According to the interlocutor, the terrorist al-Awlaki was "one of the most famous commanders of al-Qaeda * in the province of Shabwa."

* Terrorist organization is banned in Russia.

Ctrl Enter
Noticed oshЫbku Highlight text and press. Ctrl + Enter
We are
Al-Khusi militants occupy Yemeni cities and military units without a fightDetonator of the future cataclysm in the Middle East
Military Reviewin Yandex News
Military Reviewin Google News
15 comments
Information
Dear reader, to leave comments on the publication, you must sign in.