The second of the three. US Navy received Zumwalt type destroyer Michael Monsoor 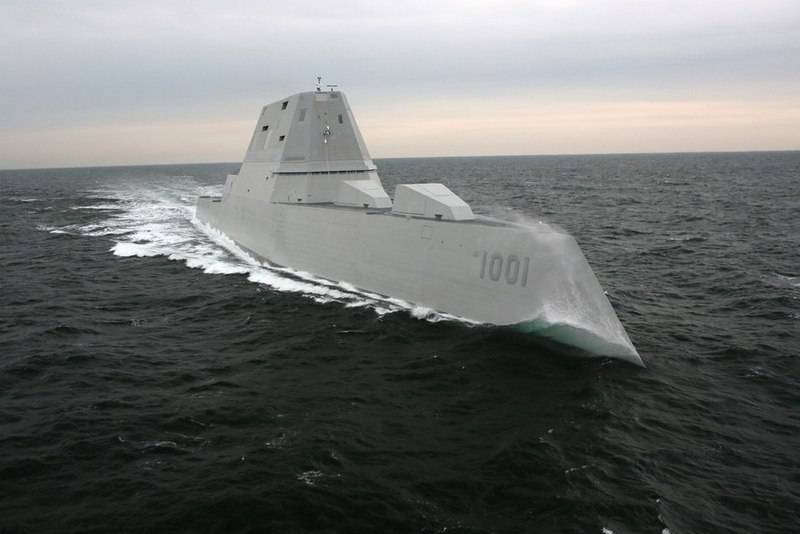 Michael Monsoor (DDG 1001) - the second in a series of three new-generation destroyers designed for the US Navy. The first of them - Zumwalt (DDG 1000) - was completed in December 2015 of the year and in May last year entered the disposal of the US Navy, passing sea trials. The third ship of the series - Lyndon B. Johnson (DDG 1002) - is in the final stages of construction.

The program to create a new generation of destroyers was launched in the US in the 90-s and has undergone many changes. It was originally planned to build a destroyer 32, then the program was gradually reduced to two ships, after which the US Department of Defense allocated funds for the construction of a third ship of this class. Americans consider Zumwalt-type ships experimental, on the basis of which a series of destroyers will be developed to replace the Arleigh Burke type.