Altai has finally gone. Turkey announced the start of serial production of a domestic tank

April 26 2018
93
The process of developing and testing the first Turkish tank came to an end. The Turkish Ministry of Defense has announced the winner in a tender for serial production of Altay tanks, Warspot reports citing the portal defensenews.com. 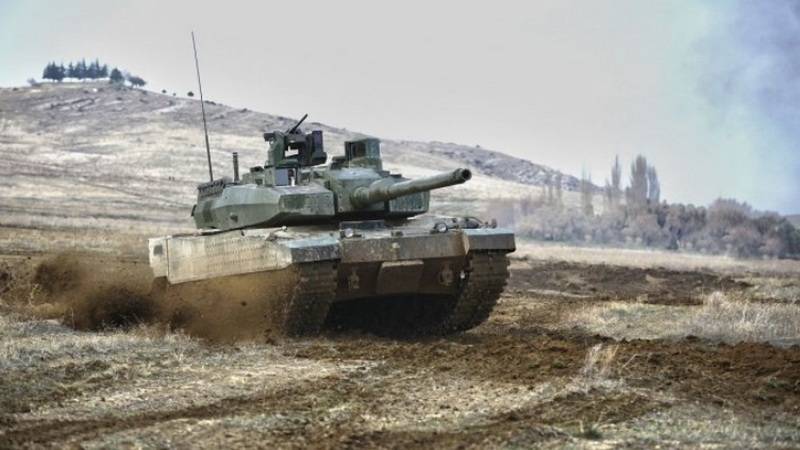 The winner of the tender was the Turkish-Qatari company BMC, which won the contract for the development of the engine for the Altay tank in February of this year. The military department did not disclose the details of the transaction, while earlier it was stated that the first production batch would be 250 units, and it is planned to purchase about 1000 Altay tanks for the army.

We remind you that initially it was planned to sign a contract for serial production of the tank back in 2016, but because of the sanctions imposed on Turkey by the European Union, Austria refused to transfer the engine production technology to Ankara.

The tank's mass is 60 t, while it can reach speeds of up to 70 km / h. The car has a reservation system from Roketsan, as well as active fire protection and control systems developed by Aselsan. In addition, Altay tanks will be equipped with radiation and chemical threat detection systems. The cost of producing one unit is estimated at about $ 5,5 million, and about $ 500 million was spent on developing a new tank. According to the plans of the Turkish Defense Ministry, Altay tanks will have to be replaced by German Leopard 1A and Leopard 2A, as well as the American M48 and M60, which are in service Turkish army.