April 25 2018
38
Ukrainian military equipment arrived in Germany to participate in international exercises Combined Resolve X. This is reported by the press service of the Ministry of Defense of Ukraine. 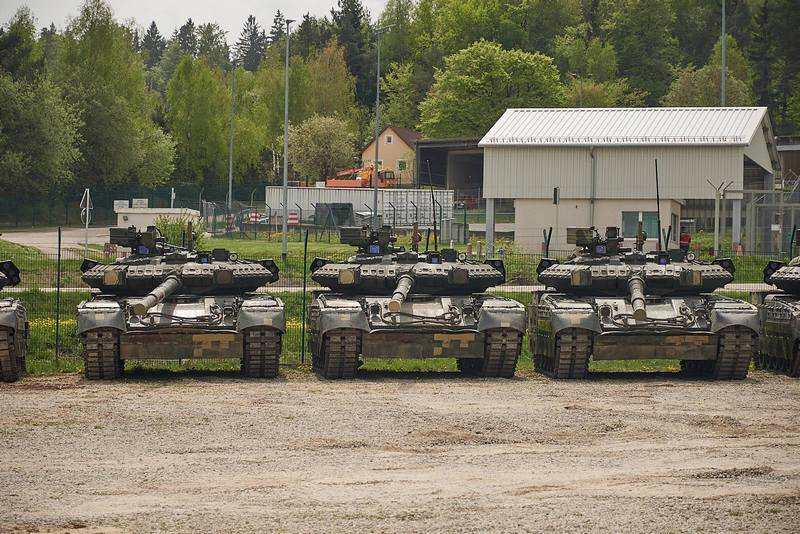 Today, April 24, Ukrainian military equipment arrived at a military training ground near the city of Hohenfels (Federal Republic of Germany) to participate in international exercises Combined Resolve X
- said in a statement.

More than 3700 troops from 13 NATO countries and partner countries are participating in the exercise. The multinational "Combined Resolve" exercises are conducted by the US Armed Forces Command in Europe twice a year during the rotation of the US Army units.

After the exercises, tank crews of the 14 Brigade will take part in tank competitions of the Strong Europe Tank Challenge, which will also be held in Germany from 4 to 8 June.

Ctrl Enter
Noticed oshЫbku Highlight text and press. Ctrl + Enter
We are
Summary of events in the DPR and LPR for 14.04.18 - 20.04.18 from the military commissar "Mag"A summary of the events in the DNI and LC for the week 31.03.18 - 06.04.18 from voenkar Mag
Military Reviewin Yandex News
Military Reviewin Google News
38 comments
Information
Dear reader, to leave comments on the publication, you must sign in.