Russian Foreign Ministry: Americans are lying, reporting on the implementation of obligations under the INF

April 25 2018
36
The United States provides knowingly false information about the alleged fulfillment of obligations under the Treaty on the Elimination of Intermediate-Range and Shorter-Range Missiles (INF), there is no constructive reaction to Moscow’s comments, reports RIA News statement of the Ministry of Foreign Affairs of the Russian Federation. 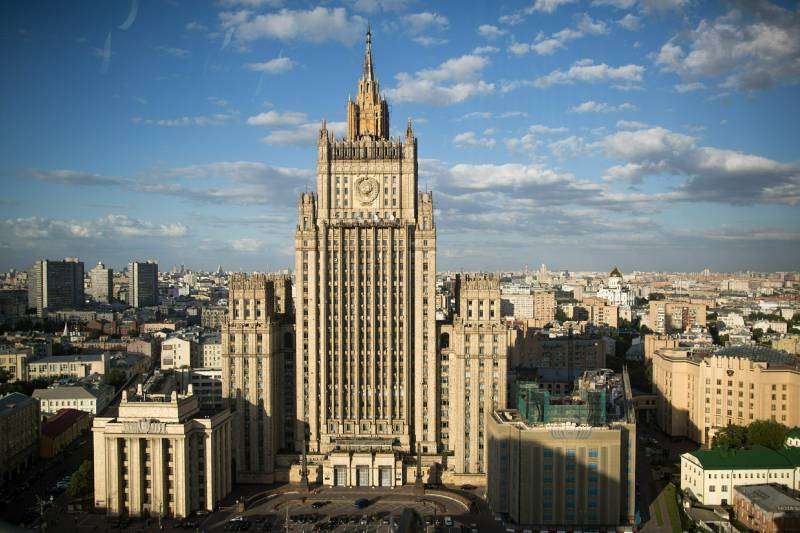 Evaluating the State Department’s report on compliance with agreements and commitments in the field of arms control, the Russian office points out that “deploying the US on a missile defense base in Romania of the Aegis Ashore system and similar plans for a base in Poland are a gross violation of obligations” under the INF.

Such means are clearly covered by the definition of land-based cruise missiles contained in the treaty. It should be noted that we have been pointing out the last two points of the violations of the INF. To our American colleagues for more than fifteen years. There is no constructive reaction,
the statement said.

The Foreign Ministry notes that “the unwinding of the anti-Russian campaign in the context of the INF Treaty is more and more systematically used by Washington as a“ template ”to impart to its own efforts on the forced pumping of military muscles of greater“ legitimacy ”in the eyes of the general public by publicly issuing allegations of Russia in its“ aggressive behavior "and the alleged growing need to respond." “Along the way, the Americans are forming from Russia an image of the enemy among their allies, seeking for them the growth of military allocations and accelerated militarization,” which threatens security in Europe and throughout the world.

The US announced the release of 5 in February 2018 (reference date when the parties should reach the limits of strategic offensive arms) for the Treaty’s measures on further reduction and limitation of strategic offensive arms (START) indicators they achieved not only due to actual arms reductions, but also due to incorrect in terms of the contractual practice of manipulation,
the document says.

The agency explains that the United States "converted part of the Trident II launch launchers and the B-52H heavy bombers ... in such a way that the Russian side was unable to confirm that these strategic offensive forces were not suitable for the use of heavy bombers, as stipulated by the contract ”, and also due to the unilateral retraining of“ mine launchers intended for training, into the category of “training mines” not provided by the START Treaty ”.

The number of means of START withdrawn in this way by the United States from accounting under the Treaty may well be comparable to the total nuclear potential of Great Britain and France,
notes the Russian Foreign Ministry.

Ctrl Enter
Noticed oshЫbku Highlight text and press. Ctrl + Enter
We are
US may withdraw from the INF Treaty
Military Reviewin Yandex News
Military Reviewin Google News
36 comments
Information
Dear reader, to leave comments on the publication, you must sign in.