April 25 2018
41
A US Air Force fighter made a hard landing during a training flight in the southwest United States. It is reported that there are no threats to the life of the pilot.


Details of the incident.

The plane took off from the Luke airbase. As reported by the American media, as a result of identifying a malfunction on board, the plane began to fall. The pilot tried to make an emergency landing. Judging by the published photos, in general, he managed to do it. A hard landing was made near the border of the states of California and Arizona. 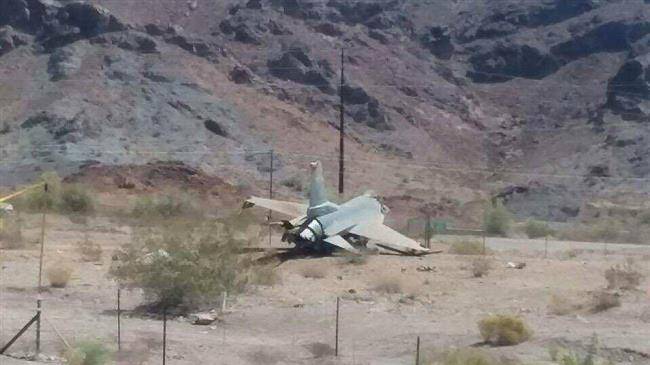 From the message of the representative of the USAF:
The aircraft is located at the border of the states of California and Arizona. The pilot has been sent to Lake Havasu City Regional Medical Center.
Emergency fighter was part of the 56-th fighter wing of the US Air Force. He had to make a planned landing at Lake Havasu City.

At the scene of the incident commission. The plane was damaged, but in general, as noted, can be restored.