April 25 2018
68
The three-year budget forecast, adopted by the Bulgarian government along with the main macroeconomic parameters for the next three years (up to 2020), is full of optimism. 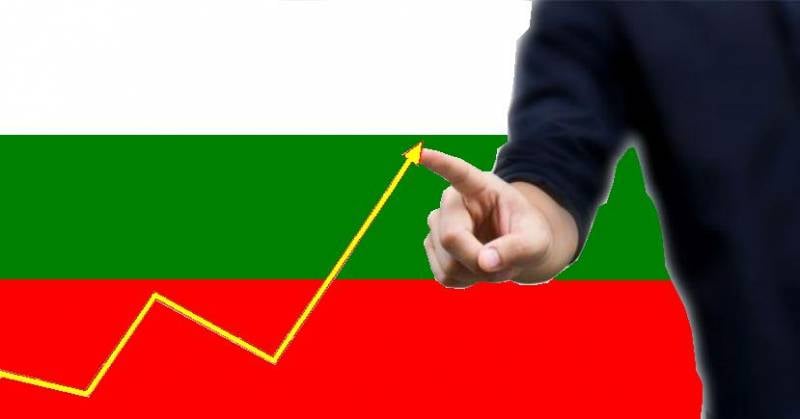 Experts of the largest bank in Bulgaria have firmly stated that 2018 will be a record year in terms of economic growth - 4,4% (according to government calculations, this figure will be 3,9%). This achievement will put Bulgaria among the top three in the European Union. The position of the Bulgarian National Bank is also similar, also looking with great optimism at the economic growth of 2018 in the year, which will reach 4,2%. Experts believe that from this point on there will come a gradual slowdown in economic growth, which, however, will remain good: growth in 3,8 and 3,7% in the next two years.

Over the entire three-year period, inflation will not exceed 1,9% without creating a threat to the purchasing power and living standards of the population. This level is favorable for the economy, especially against the background of the current deflation.

In 2018, GDP will reach record highs for all stories Bulgaria volume: 52 billion euros. Together with inflation and GDP growth, the minimum wage, which is regulated by the government, will increase. From the current 260 euro (19669,74 rub.) To 1 January 2021, it should rise to 305 euro (23074,12 rub.) Per month. The increase will lead to an increase in wages in the non-governmental sector. So far, they have grown by about 10% per year (second place in the EU after Romania), and this growth will continue as the pay difference in Bulgaria and Europe is 1: 5 (15 years ago the difference was 1: 25). In this regard, the share of the consolidated state budget in GDP, i.e. the funds that the state withholds through taxes and fees, which are levied on business and citizens, and then redistributes in the form of government subsidies and benefits, will gradually decrease by 36,1%. This is a positive trend, especially against the background of maintaining the level of current taxes or, more precisely, the single flat tax of 10% for businesses and individuals.

Positive development is also expected with respect to government debt, which will gradually decrease to a level of around 18% of GDP. This is an exceptionally good economic achievement, and it puts Bulgaria on the leading positions in the list of least indebted European countries. Especially since the budget deficit will gradually disappear completely (in the 2020 year, when the revenues and expenditures of the state level off).

At the moment, Bulgaria has accumulated foreign exchange reserves in the amount of 23,5 billion euros. In 1990, the reserves were only 300 million dollars, and external debt exceeded GDP by 2-2,5 times, which led even to a declaration of default at one time.

The unemployment rate from the current 6,6% is expected to drop to 5,7%, and in the last year of the medium-term forecast it will drop to 5,4%. Economic growth is usually accompanied by both capital growth and an increase in the number of employees. It turns out that in Bulgaria there is no longer a free hired labor force that would ensure further growth, therefore the government envisages measures to attract foreign labor.

Ctrl Enter
Noticed oshЫbku Highlight text and press. Ctrl + Enter
We are
What you didn't want to know about EnglandWhat we lost
Military Reviewin Yandex News
Military Reviewin Google News
68 comments
Information
Dear reader, to leave comments on the publication, you must sign in.