US: And how do you like our plan for the Donbas?

April 23 2018
62
The United States has not yet received a response from Moscow to the plan for a settlement in the Donbas, proposed by US Special Representative Kurt Walker, reports Interfax message of the American ambassador in Kiev Marie Yovanovitch 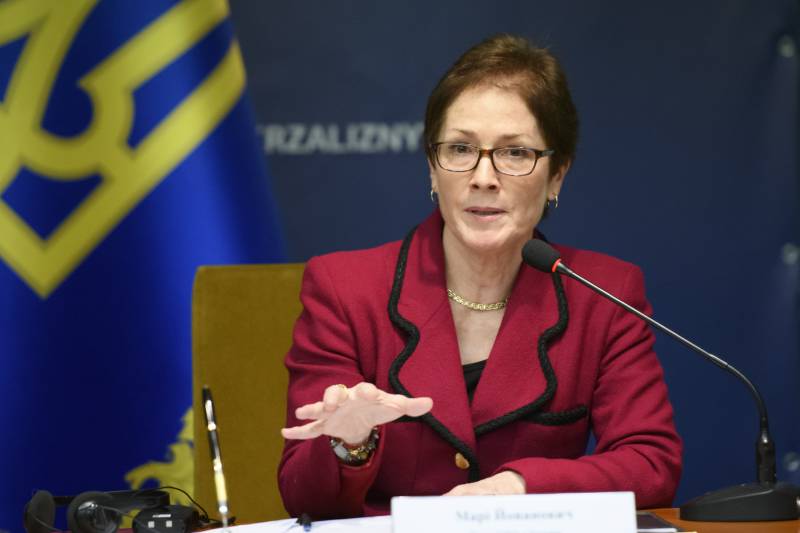 When we look at the death and destruction caused by the forces that have been controlled by Russia for the past four years, we want to help find a solution. The special representative Kurt Volker is leading our efforts (to resolve the conflict in the Donbas), trying to work not only with the Russians, but also with Ukraine and partners, primarily with the "Norman Four" ... He obviously has a plan. He worked with the Russians on this and now we are waiting for a response from Russia, and until we received it,
told Jovanovic in an interview with Radio Liberty.

I think the next step is for Russia,
she added.

The ambassador also expressed disappointment that the “Easter truce” was not respected by the parties.

We are closely monitoring the situation, and we are disappointed that the cease-fire at Easter did not mean a cease-fire ... I think that this is completely unacceptable and this is what we have been seeing for four years. Not only Ukrainian military, but also civilians are injured
said Jovanovic.