April 18 2018
99
The government found a solution, how to respond to a series of US sanctions. Prohibit the delivery of rocket engines in the US? - not yet, cut off the supply of rare earth metals? - also not yet, refuse to deliver American astronauts to the ISS? - and there is a bobble. The government is discussing a much more powerful otvetku. 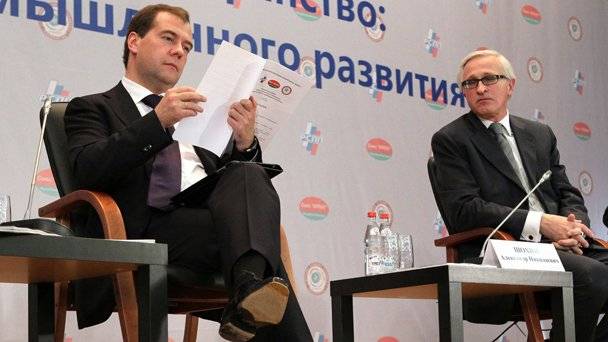 Shokhin:
There is no talk about punishing someone, but to monitor the situation and determine what form of support is needed - foreign trade, credit, refinancing. And the Central Bank, the Ministry of Finance, the Ministry of Industry and Trade, the Ministry of Economic Development should somehow get involved.

According to Shokhin, there is already a practice in the USA that can be called something similar. He recalled the existence of the Office of Foreign Assets Control of OFAC under the US Treasury Department It is this management that deals with the introduction of economic restrictions.

According to Shokhin, he proposes the working title “Kontrofak” for the new Russian “anti-banking” department under the government.

Shokhin:
My suggestion - in order, I cannot say a joke - to create a structure called Kontrofak. Since the US Department of the Treasury has OFAC, we need to create a structure of Counter-cash (...) The Prime Minister agreed in principle with this. Another thing - you need to think about where to place it.

Ctrl Enter
Noticed oshЫbku Highlight text and press. Ctrl + Enter
We are
The head of Roscosmos: Russia will build its orbital station after the ISS
Military Reviewin Yandex News
Military Reviewin Google News
99 comments
Information
Dear reader, to leave comments on the publication, you must sign in.