"He gave a lot of curses." Why trump was furious

April 16 2018
59
“The President of the United States was expressed in very rude words,” Trump’s advisors say after taking the decision to expel Russian diplomats to 60. Trump's anger, as stated, is due to the fact that European partners did not support such activity on the expulsion of Russian diplomats, which was shown by official Washington.


In the newspaper The Washington Post There was a material in which it is said that Trump considered himself deceived by the leaders of the European Union. Executing 60 Russian diplomats, it is claimed, Trump believed that a comparable number of Russians are going to expel large EU countries - France, Germany, Italy, the same Britain, which has not yet de jure left the European Union.

WP cites a source statement:
When Trump read in the press that the US position on Scripale poisoning turned out to be the toughest, he was furious. According to him, it turned out that his administration reacted to the events in Salisbury much tougher than London itself, not to mention the Germans and the French, who in the end sent only four Russian diplomats. 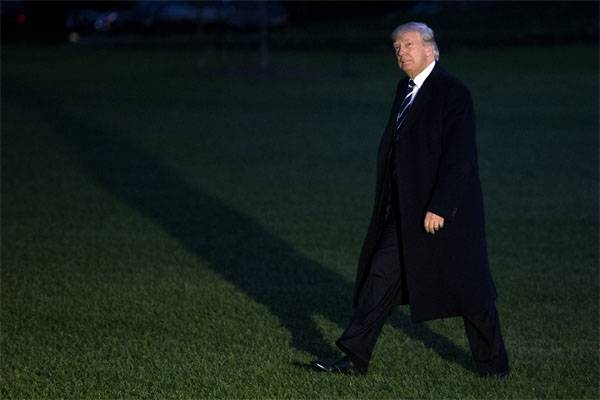 From the material:
From Trump sounded a lot of curses. Exactly - a lot!

The President of the United States, as stated, did not expect that the Europeans would send out “so few Russian diplomats,” and all the “laurels” of the main reactionary for the poisoning of Skripale will eventually be hanged around the neck of the United States of America.