April 13 2018
13
There is no doubt that the US threats to strike at Syria are aimed at resolving both the intra-American problems of the Trump administration and the issues of global confrontation with Russia. But they have only indirect relation to American goals and objectives in the Middle East. 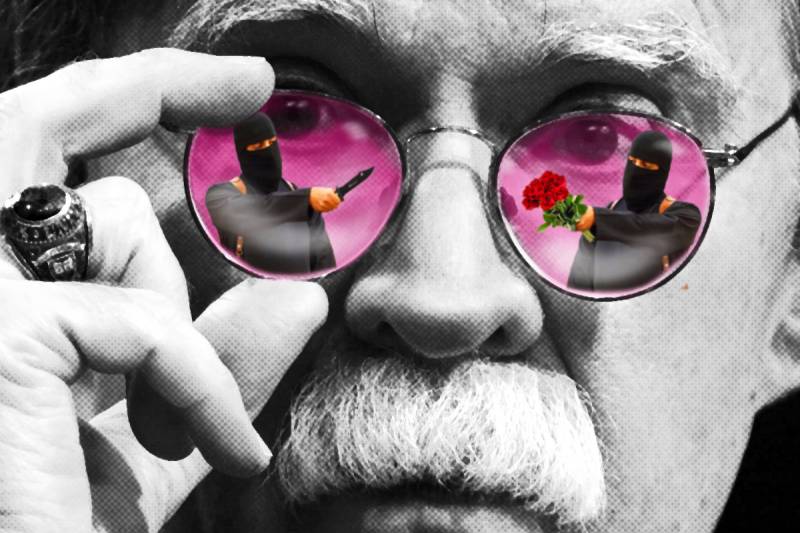 In fact, rocket attacks are not able to change the alignment in ATS and are certain demonstrations, symbolic gestures aimed at solving purely propaganda tasks.

However, by themselves, these actions do not exclude the presence of quite specific strategic plans for the United States. Or, to be more precise, reshaping the borders and configurations of the Middle East.

Earlier, John Bolton, who has now become Assistant to the President of the United States for National Security, most certainly reported on these plans.

In his speech, he stated that “Iraq and Syria, as we knew them, no longer exist,” because “by mobilizing the Sunni opposition to the regime of President Bashar al-Assad and the Iranian-controlled government of Iraq, the Islamic State” (“IG”, prohibited by in the Russian Federation) created a new geopolitical entity that changed the borders established after the collapse of the Ottoman Empire borders.

Further, Bolton, having actually admitted that it was the igilovtsy who are the “opposition to Damascus”, the elimination of which is equivalent to the victory of “Assad and the Iranian puppets in Iraq”, stated that such an outcome is extremely undesirable for the United States.

“Instead of fighting to restore the borders that existed after the First World War, Washington should recognize the new geopolitical situation. The best alternative to the “Islamic state” in northeastern Syria and western Iraq is a new, independent Sunni state, ”writes Bolton.

It should be noted that the concept outlined is in no way a personal opinion of Trump's new assistant, this is a long-term Washington plan for the region, and only John Bolton added that he was a little careless about the role of the IG in the American strategy. However, today, other US leaders are not too keen on their language.

The new security assistant, who assumed his duties, said that he would follow the agenda of Donald Trump, but the fact is that the current owner of the White House has not yet been able to demonstrate that he has a clear and consistent agenda. Instead, we observe a situational response to the growing avalanche-like problems.

However, the US agenda for the Middle East seems to have been formulated long before Trump, and, in particular, is set out in the mentioned article by Bolton.

It should be noted that the “alternative” IG is an important aspect and almost the basis for the implementation of the American plan for the “Greater Middle East”.

So far, Washington has officially staked on Kurdish gangs. However, this alone is not enough for the realization of the intended goals. Moreover, the support of the Kurds not only destroyed the relations between Washington and Ankara. Kurdish separatism, which received American support, contributed a lot to the establishment of mutual understanding and interaction between Turkey and Iran.

Themselves Kurds are torn apart by numerous contradictions - tribal, political, confessional. Finally, the secularism of most Kurds and their radical nationalism pushes the Arabs away from them.

The militants of the YRG are accused of discriminating Arabs and Turkomans and even ethnic cleansing in the settlements under their control.

That is, Kurdish separatist groups and formations are good in order to consolidate against themselves (as well as against those who support them) all the states and forces of the region.

The “alternative” IG, which Bolton talked about, after a slight rebranding of the remnants of the original “Islamic state”, replenished and enhanced by jihadist fighters from other terrorist gangs, if the US can fully control it, it can really become a curse of the Middle East, “second breath” bloody chaos and unceasing slaughter.

And this work is already being done by the Americans for quite a long time. One of the base areas where Americans take terrorists from broken gangs is located in Al-Hasaka, in northeastern Syria. This was reported by official sources of the Ministry of Defense of the Russian Federation. However, the same information was even posted in Newsweek.

Even earlier, it became known that a similar work was carried out by American "specialists" from the Special Operations Forces based in Al-Tanf. The fact of the evacuation of the leaders of terrorists from Deir ez-Zor by American helicopters was widely known.

More and more of these “former” Caliphaters are operating today in the ranks of the SDF. And there is every reason to believe that this is not just cheap infantry, cannon fodder, used by Americans to solve situational issues.

As Bolton blurted out, Washington’s intentions with regard to the militants of the IG * are much more serious, and the plans are long-term.

Considering the localization of most of the terrorist camps created by the Americans, there is no reason to doubt Washington’s intention to build an “independent Sunni state,” whose main lobbyist is John Bolton, in all likelihood. Which, by the way, used to say: “The big mistake is to attach any importance to international law, even if it may seem to be in line with our short-term interests. In the long run, those who want to hold back the United States put international law on international law. ”

Ctrl Enter
Noticed oshЫbku Highlight text and press. Ctrl + Enter
We are
Situational analysis of the death of the MH17 flight (Malaysian Boeing 777), made on the basis of engineering analysis from 15.08.2014Syria: Americans scare themselves, and Asma Asad buys chairs
Military Reviewin Yandex News
Military Reviewin Google News
13 comments
Information
Dear reader, to leave comments on the publication, you must sign in.