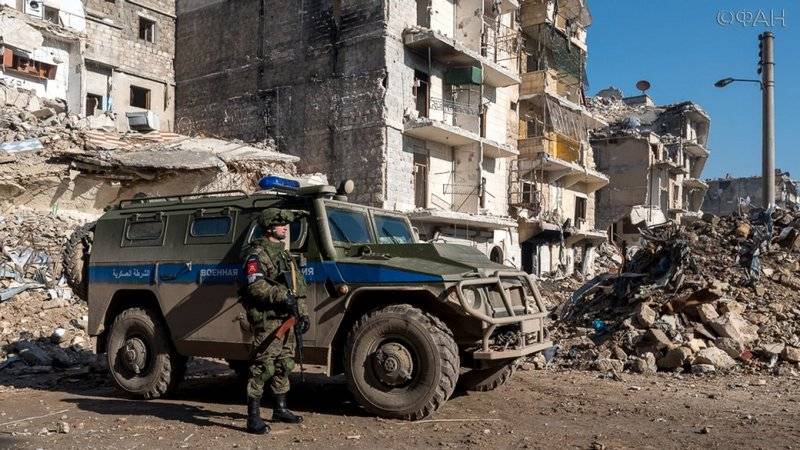 Starting tomorrow, units of the Russian military police are being introduced to ensure security, maintain law and order and organize assistance to the local population.
- said at the briefing the first deputy chief of the Main Operations Directorate of the General Staff of the Armed Forces of the Russian Federation, Lieutenant-General Viktor Poznikhir.

He stressed that the residents of the Eastern Guta are provided with the necessary humanitarian aid both through the UN and the Russian Center for reconciliation of the warring parties.

As part of this task, the passage of three UN humanitarian convoys, which delivered 445 tons of food, medicine and essential items, was ensured. 518 tons of food, field kitchens, more than 9 thousand liters of bottled water, 8 thousand 457 bedding sets, more than 114 thousand food sets delivered by Russian military personnel
- he said.

Earlier, the General Staff of the Russian Armed Forces stated that the situation in Eastern Gut had fully stabilized.