20 years for two and minus epaulets. Verdict against officers for frauds with prodpike

April 11 2018
49
The press service of the Rostov-on-Don Garrison Military Court reports on the sentencing of Colonel D. Zorin and Lieutenant Colonel R. Somonov. The officers of the Central and Southern Military Districts were accused of committing crimes under the stipulated part of Art. 4. 159 (Fraud) and h. 3 Art. 285 of the Criminal Code of the Russian Federation (Abuse of office). 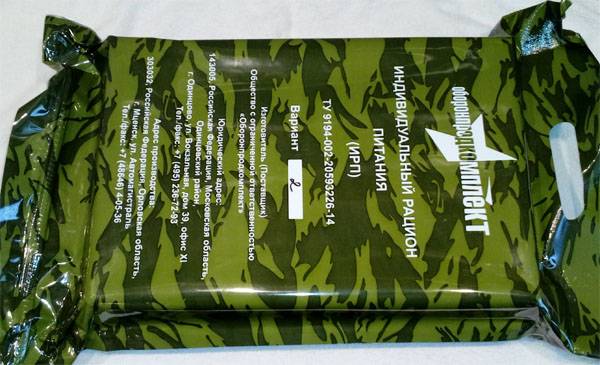 From the material of the press service of the court of Rostov-on-Don:
The court found that from January 2012 to 12 on April 2013 of Zorin, acting with Firsov (convicted by the Rostov-on-Don verdict of the garrison military court from 8 June 2016) that entered into force with the same intent to commit a continuing crime, for the purpose of unlawful enrichment, as well as from other personal interest - increasing the authority before the higher command, in connection with the improvement and provision of the premises of the food service of the Southern Military District with organizational equipment and similar materials, using their official powers, contrary to the interests of the service, ensured that the officials of the Southern Military District and the leadership of the food department of the Department of Resource Support of the Ministry of Defense of the Russian Federation concealed Firsov’s systematic overestimation of the 10 / PROD form in reports and copies of acts of acceptance-acceptance attached to them services rendered to issue food rations at the rate of number 1 per hand in the number of 988 889 daily cottages, and at an additional rate, in the number of 934 865 su exact dachas, for a total amount of 277 811 641 ruble 12 kopecks, on the basis of which cash in the form of payment for the military personnel nutrition services rendered by the Defense Ministry of the Russian Federation are excessively transferred to the bank accounts of the respective legal entities, which resulted in a significant violation of the legally protected interests of the state in the field of security means of the federal budget, with causing serious consequences in the form of material damage in the specified size.

It is noted that Zorin, knowing about criminal activity, decided not to organize the verification and control of information.

From the material:
Zorin, acting together with Firsov on a previously developed plan in July, in the periods from October to November 2012, from January to February 2013, stole money, which they disposed of at their discretion.

In April, 2013 Somonov, consisting in the post of head of the planning and support department of the food service management (resource support) of the Southern Military District, and from 15 in May 2013 - deputy head of the food service - head of planning and maintenance management (resource support) The Southern Military District, wanting to enrich themselves illegally, by deception, entered into a criminal conspiracy with Zorin and Firsov to steal money from the Ministry of Defense of the Russian Federation, according to botanous plan.

Carrying out his plans, Somonov, in the period from 6 in May 2013 to 12 in May, 2014, acting with Zorin and Firsov, with a single intent (...) ensured the concealment from the officials of the Southern Military District and the leadership of PU DRO RF Ministry of Defense of Firsov in the reports of the 10 / PROD form and the copies of acts of delivery and acceptance of services rendered to issue food rations in the amount of 641 980 daily cottages, totaling 193 865 649 rubles 84 kopecks.

It is noted that the total damage caused by the activities of these persons amounted to more than 471 million rubles.

The defendants did not recognize the guilt, but the court found the guilt fully proven.