Is Stalin a wise leader or an inhuman tyrant? Data from the Levada Center

April 10 2018
252
The Levada Center publishes the results of a survey of public opinion about the attitude of Russians towards the personality of Joseph Stalin. Analysis Studies show that the level of negative perception of Stalin in Russia over the past few years has decreased significantly.


The first question asked to respondents:
To what extent do you agree or disagree with the following judgment: “Stalin is a wise leader who led the USSR to power and prosperity?” 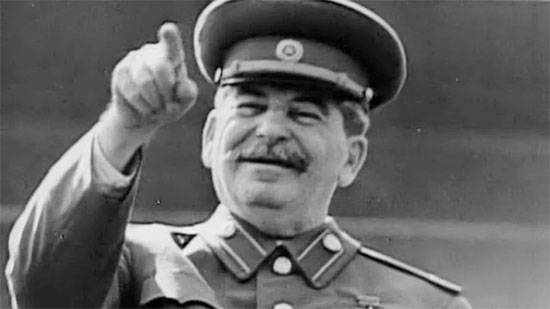 57% of respondents answered that they completely agree or generally agree with this judgment. 18% noted their disagreement. The rest did not give a clear answer.

Second question:
To what extent do you agree or disagree with the following judgment: “Whatever mistakes and faults are attributed to Stalin, the most important thing is that under his leadership our people won the Great Patriotic War”?

Third question:
To what extent do you agree or disagree with the following proposition: “Stalin is a cruel, inhuman tyrant guilty of exterminating millions of innocent people”?

44% expressed agreement or partial agreement, 26% disagree with the thesis.

Fourth question:
To what extent do you agree or disagree with the following proposition: “our people can never do without a leader of a type like Stalin, who will come and put things in order”?

Here, 33% of the respondents agreed, 37% did not agree, and about 30% abstained from a clear answer.

By the way, 1% of respondents said they did not know who Stalin was.

Noteworthy is the comparison with data from a similar survey in Ukraine (February 2018). There, they know nothing about Stalin: 2% of respondents, 14% refer to the “leader of nations” with admiration, respect or sympathy. With fear, hatred or hostility - significantly more: 42%.

They declared an indifferent attitude to Stalin 31% of Russians surveyed and about the same (30%) citizens of Ukraine.
Ctrl Enter
Noticed oshЫbku Highlight text and press. Ctrl + Enter
We are
Report on the results of the survey-2013 "Evaluation of state political figures"
Military Reviewin Yandex News
Military Reviewin Google News
252 comments
Information
Dear reader, to leave comments on the publication, you must sign in.