April 10 2018
29
Heads of the Belarusian and Chinese military departments Andrei Ravkov and Wei Fenhe signed an agreement in Minsk on granting military aid to Belarus by China, BelTA reports citing the Ministry of Defense of the Republic of Belarus following the official visit of the PRC Minister of Defense to Belarus. 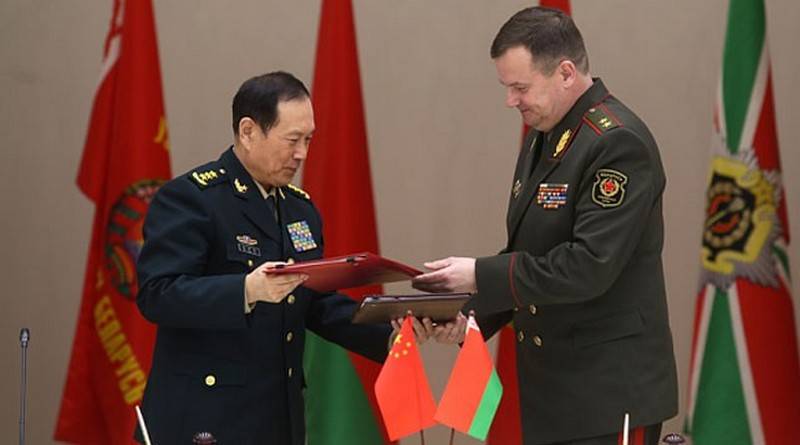 Details of the document, as well as exactly what China will help Minsk, are not specified.

The parties also outlined promising areas of Belarusian-Chinese cooperation in such areas as joint combat training, military education, cooperation within the framework of the Shanghai Cooperation Organization through the military departments.
- said in a statement.

Colonel-General Wei Fenhe, Minister of Defense of the People’s Republic of China, arrived in Belarus from 5 to 8 in April. His official visit to Belarus was one of the first after his appointment.

Ctrl Enter
Noticed oshЫbku Highlight text and press. Ctrl + Enter
We are
The Ministry of Defense of Belarus: the “West-2017” doctrine is not directed against other countries
Military Reviewin Yandex News
Military Reviewin Google News
29 comments
Information
Dear reader, to leave comments on the publication, you must sign in.