April 9 2018
27
Concern VKO "Almaz-Antey" will present at the international exhibition "Defexpo India - 2018" models of air defense systems and complexes, including C-400, reports Interfax-AVN message of the press service of the company. 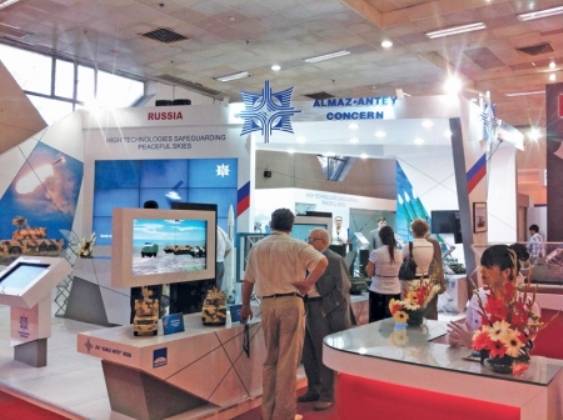 Our participation in this event is aimed at strengthening the group’s image as a reliable supplier of exclusive defense products, as well as expanding the range of potential customers among the countries of the southeast region,
quoted by the press service of the Deputy Director General for Foreign Economic Affairs Vyacheslav Dzirkaln.

“During the exhibition, the concern’s representatives are planning to hold a series of meetings and negotiations with government and business representatives of India and other countries participating in the exhibition, with potential customers for military and civilian products, including spare parts, inspection services, maintenance, repair, modernization and disposal of air defense systems, as well as training the customer’s specialists in carrying out such works, ”added the concern.

Also at the stand of the enterprise will be exhibited missiles from the Club-S and Club-N integrated rocket systems and airspace radar stations.

Ctrl Enter
Noticed oshЫbku Highlight text and press. Ctrl + Enter
We are
Almaz-Antey will present the C-400 system and the Thor complex in DubaiWill Russia be able to repel a strike from space?
Military Reviewin Yandex News
Military Reviewin Google News
27 comments
Information
Dear reader, to leave comments on the publication, you must sign in.