Permanent repair. In Ukraine, the power unit of one of the NPPs is shut down again

April 9 2018
20
Obviously more frequent repairs at Ukrainian nuclear power plants give reason to think about the reliability of the system amid reports of the transition of Ukrainian NPPs to American-made fuel assemblies. This time it became known about the shutdown of one of the units at the South-Ukrainian NPP. The site of the NPP itself reports that the order to shut down the 3 unit of the station came from the Ministry of Energy and Coal Industry of Ukraine as early as September last year, and therefore the disconnection to “repair” is “planned”. 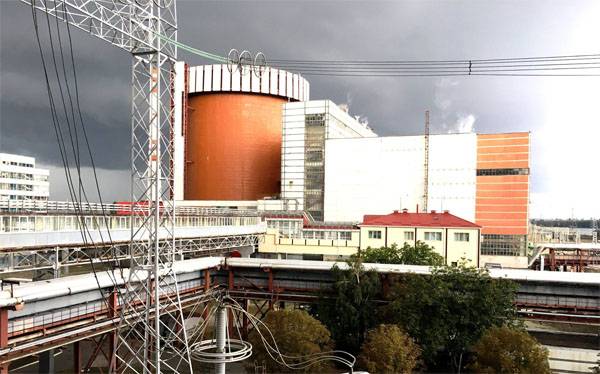 The reactor is disconnected from the system for more than three months - on 104 days. At the same time, it is reported in the material of the press service of the NPP that during the “repair” full discharge from the reactor core will be performed. The following procedures are also provided:

- overhaul, operational control of the metal, technical certification:
- main circulation pump №1;
- steam generators No.1 and No.2;
- heat exchangers for emergency cooling down of the first and second security systems;
- heat exchangers;
- high pressure heaters;
- control of heat exchange tubes of steam generators No.1-4 with jamming of defective tubes;
- control of welded joints of steam generators No.1-4,
- overhaul of pumps, tanks, valves of the first and second security systems;
- average repair of a turbogenerator;
- overhaul of diesel generator №5;
- overhaul of generator number XXUMX of the first security system;
- average repair of generator No. 2 of the second security system;
- current repairs of the block transformer, start-up and backup transformers, auxiliary transformer;
- operational control of the metal and technical certification of equipment and pipelines of the reactor and turbine departments;
- reconstruction of equipment, including:
- modernization of the reactor core emergency cooling system;
- modernization of the emergency power supply system;
- replacement of narrowing devices for measuring water consumption for steam generators;
- development and implementation of measures to reduce the hydrogen concentration in the containment for beyond design basis accidents and others.

About what kind of fuel will be loaded into the reactor core after the "scheduled maintenance" is not reported.

Ctrl Enter
Noticed oshЫbku Highlight text and press. Ctrl + Enter
We are
The nuclear industry of Russia is waiting for “Breakthrough”
Military Reviewin Yandex News
Military Reviewin Google News
20 comments
Information
Dear reader, to leave comments on the publication, you must sign in.