Su-57 will take part in the Victory Parade

April 6 2018
53
A pair of newest Su-57 fighters (PAK FA) for the first time in stories will fly over Red Square during the Victory Parade, the Defense Ministry said. 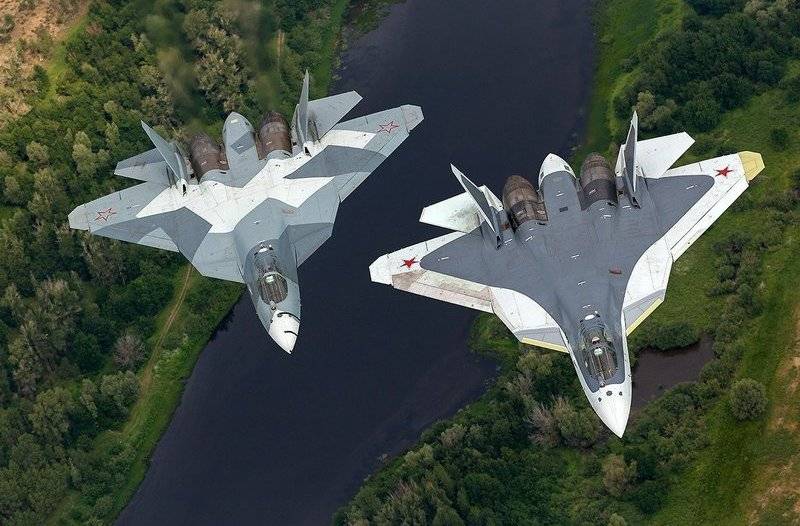 Two Su-57 aircraft will be involved in the parade.
- noted in the Ministry of Defense.

In the 2017 year, the air part of the May military parade in Moscow was not conducted due to adverse weather conditions. Then it was cloudy in the capital, in places it was pouring heavy rain.