Syrian militants are planning himataks. And they will blame Assad

April 6 2018
18
Major-General Yuri Yevtushenko, the head of the Russian Center for Reconciliation of the Warring Parties in Syria, said that there is information about the planned groups "Dzhebhat al-Nusra" (banned in the Russian Federation) and "Syrian Free Army", chemical attacks using chlorine in the populated areas , including El-Balad district of Dara'a 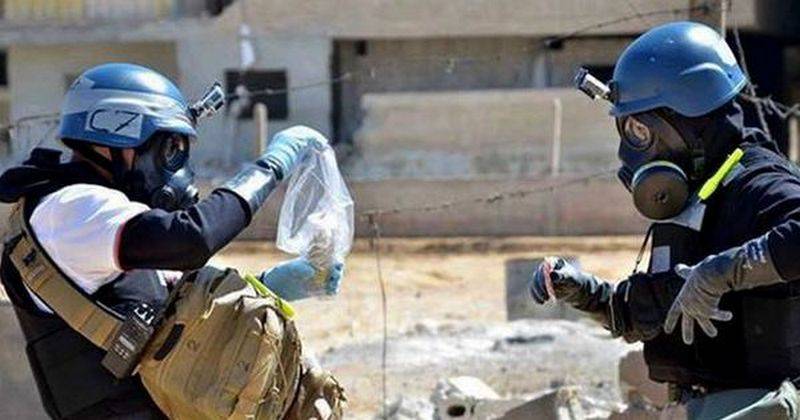 The commanders of the Jabhat al-Nusra and the Free Syrian Army, acting jointly, planned to undermine artisanal chemical ammunition stuffed with chlorine-containing substance in a number of localities controlled by these gangs, including the area of ​​El-Balad city of Deraa
- Tass leads the words of the general

He clarified that information about several upcoming provocations in southern Syria, including with the use of toxic substances, were obtained from militants of the group "Jaish Ahrar al-Ashair" who had gone over to the side of the government.

Yevtushenko said that "the militants are planning to film the effects of allegedly using chemical munitions on video cameras in order to widely publicize and accuse government forces of destroying civilians, as well as justifying their own actions to disrupt the ceasefire in Deraa province." Equipment has already been delivered for the video recording of provocative himataks and preparations are underway.