April 6 2018
29
For the Special Flight Unit (SLO) "Russia" of the Administration of the Russian Federation at the Kazan Aviation Plant (a branch of PJSC "Tupolev") three Tu-214 aircraft are being built, reports bmpd with reference to the state procurement site. 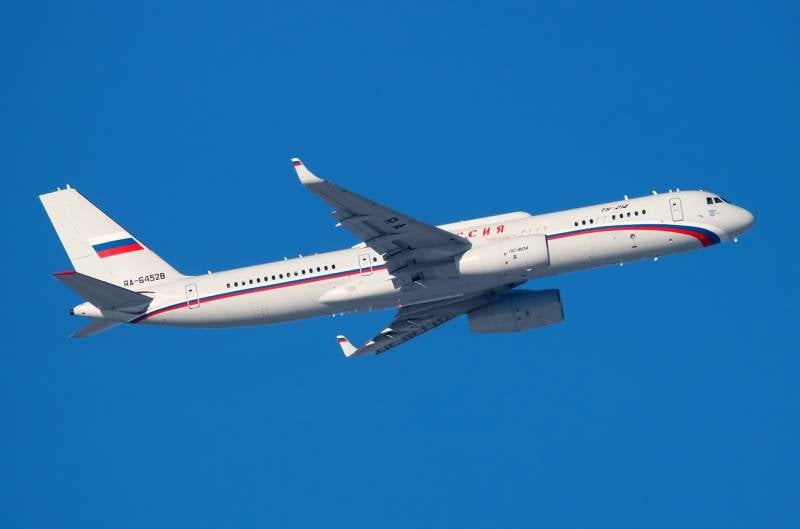 According to the documentation, the basis for the construction of these Tu-214 aircraft was the “Decree of the Government of the Russian Federation No. 1387 of December 17 2016 of the year, contract No. YD-1401d of December 27 of 2016 of the year of providing a subsidy between the Presidential Administration of the Russian Federation and Rostec GC, the contract of 2 of May 2017 of the year between State Corporation Rostec and PJSC United Aircraft Building Corporation (UAC) and the contract of 31 of May of 2017 of the year between PJSC UAC and PJSC Tupolev. ”

Thus, Rostec is the formal lead customer of three Tu-214 aircraft from the UAC (lead contractor) for subsequent delivery to the Office of the President of the Russian Federation.

The resource recalls that as early as March 2017 of the year, published decisions of the UAC board of directors contained information on the approval of contracts between the UAC and Rostec for the supply of X-NUMX Tu-3 aircraft with 214, 44811031 and 44912032 serial numbers. At that time, all three Tu-44912033 aircraft with the specified numbers were at the Kazan Aviation Plant in the initial stage of construction.

At the present time, the “Russia” SLO has 14 Tu-214 aircraft of various modifications and four Tu-204 aircraft.

Ctrl Enter
Noticed oshЫbku Highlight text and press. Ctrl + Enter
We are
The first results of the work of the Russian industry in the field of civil aviation in 2012
Military Reviewin Yandex News
Military Reviewin Google News
29 comments
Information
Dear reader, to leave comments on the publication, you must sign in.