From the Rhine no issue! Liberty smiled at puchemon

April 7 2018
18
Justice of one of the federal states of Germany, Schleswig-Holstein, on Thursday adopted a resolution that citizen Carles Puchdemon, who was arrested earlier at a request from Madrid, may be released from a German prison. For the time being, the very request for extradition is being considered, and on bail, very modestly by the way - only 75 thousand euros. Judges from Schleswig-Holstein, independent of Berlin almost to the same extent as judges from the US states from Washington, believe that only the charge of embezzlement of state funds can be considered the reason for issuing Spain. 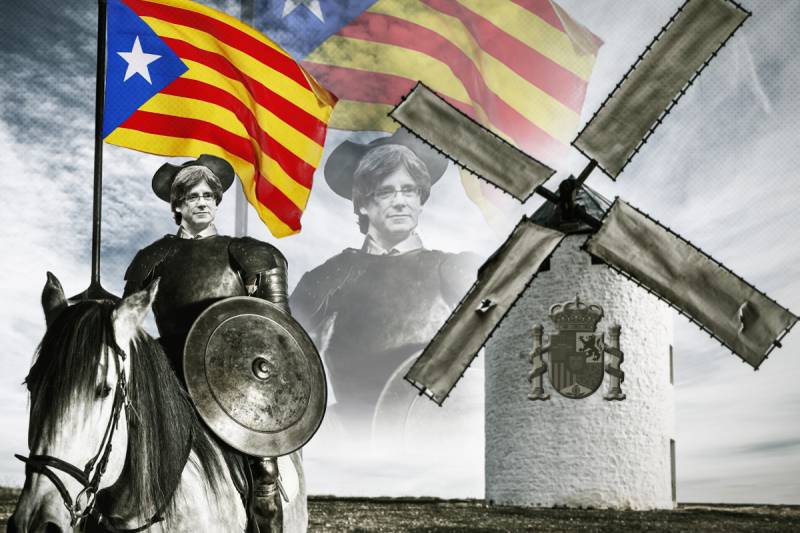 The thesis about the organization of the rebellion, which other judges (Spanish) constantly try to trump, was rejected by their German colleagues. The logic here is very convincing in essence: the bloody confrontation that happened in October 2017 of the year, not only in Barcelona, ​​but almost throughout the whole of Catalonia, was obviously caused by the harsh measures of Madrid. In such a case, in order to ascribe to Pucdemon the organization of the insurrection, we need a fantasy in the spirit of the Spanish inquisitors.

So, runaway Carles Puchdemon is free again. Relative freedom, of course. But if the German authorities nevertheless decided to give it to the Spanish justice, it would be difficult to imagine a better gift for the separatists. Many politicians, cultural figures and even scientists have passed through prisons. Jozef Pilsudski considered that the “best gift” for himself was the fact that immediately after Poland received formal independence from Russia, the German authorities sent him to the Brandenburg prison. And Anna Akhmatova, having learned that the future Nobel laureate Joseph Brodsky was convicted of parasitism, without hiding delight, exclaimed: “What biography is made to our redhead!”

While the Catalan leader is difficult to compare with his predecessors behind bars, to many he seems to be a sort of “nerd”. However, the lack of charisma does not prevent Puchdemon from being elected again and again to the highest posts in Catalonia. Moreover, in the persistence and enterprise of the former head of the Catalan generalitat can not refuse. And behind it, by the way, as at any revolution, millions go. But, apparently, until this revolution is over. It cannot be ruled out that the internal confrontation in Catalonia will turn out to be stronger than the whole sum of the region’s separatist aspirations. 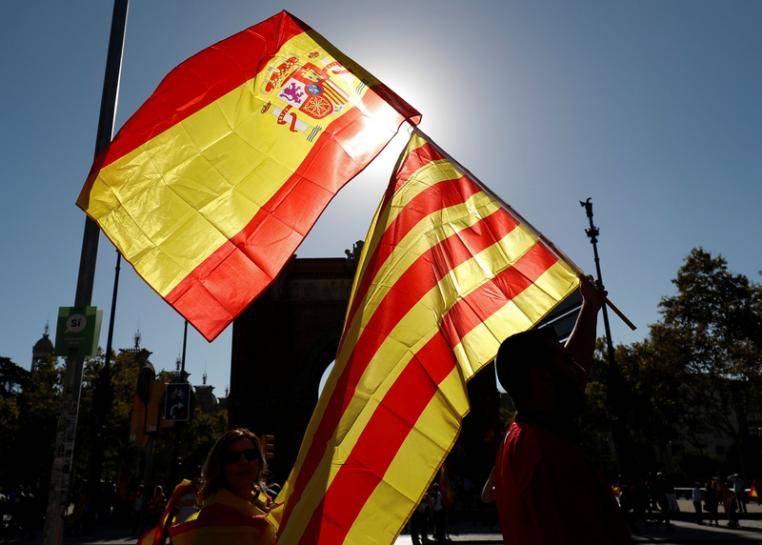 At least, the authorities of Madrid have for some time been making considerable efforts to ensure that the case turned out this way. But not so long ago, the Spanish center even sounded accusations that he simply pushes Catalonia out of the country. Now it does not seem to anyone. Understanding the fact that with the loss of Catalonia, Spain’s united Spain itself, which was present to many in the past, seems to have been lost only now in Madrid to the fore.

Perhaps this shift occurred, among other things, under the influence of numerous consultations with EU partners, as well as after a more in-depth analysis of the real situation both in Catalonia and in the country as a whole. Recall that, at first, the Spanish power structures clearly overpowered, and the church and the royal family actually pretended that nothing serious was happening. Since then, Catalonia has been deprived of autonomy, but on a practical plane, this decision is now translated very, very sluggishly.

The economic situation is not getting any better, and the political stalemate for Barcelona, ​​by all indications, turned out to be much more dangerous than for Madrid. Not surprisingly, the number of supporters of a compromise with Madrid is growing in the region itself, from which moderate politicians would most likely like to get something that a few years ago got another Spanish region, which traditionally claims independence, the Basque country. Recall that this region, in fact, in exchange for guarantees of suppressing terrorist attacks by local separatists, negotiated much more from Madrid than it could count on. However, this, in any case, turned out to be less than the Basques themselves would like. Basque country is now generally frozen in anxious anticipation, and if it suddenly wants to bargain again with the center, it may unexpectedly run into an answer that is more rigid than in Barcelona.

The population of Catalonia, which has not yet become cold from the desire to consider themselves a full-fledged nation or people, and their region a part of Europe, today, at least according to external signs, has slightly “hung”. And this is despite the fact that Catalonia managed to pass relatively painlessly the period of a kind of “shock therapy” - the mass flight of business from the region. Passions about the actions of the Spanish law enforcement officers last fall have subsided a bit. Obviously, the fact that Madrid has somewhat moderated both the harshness and the speed of its actions to abolish autonomy has affected. In addition, very few people now understand, and how actually Catalonia plans to exist in a united Europe, into which it is so torn. Without Spain, virtually without its large markets for products of the Catalan industry.

At the moment, the supreme power in Madrid is again largely silent, and the Cortes, with their surprisingly unified anti-separatist position, have recently become silent. The hard line against even Catalonia itself, and its former, as well as the current leaders, continues to adhere to only Spanish justice. But it turned out today that it is very, very difficult to present any serious complaints about current politicians. Even the organization of mass popular speeches in the same Barcelona, ​​of course, more rare than last autumn, but almost as numerous and potentially dangerous for the central government, is carried out so carefully that it does not give rise to any significant number of lawsuits.

Let us return, however, to the north of Europe, where Puchdemon's lawyer Jaume Alonso-Cuevillas, in an interview with Catalan TV3, managed to call the court decision “the first victory”, adding that “he always believed in German justice”. Germany, clearly fearing a crisis on another European outskirts, is also trying to put the brakes on the situation. At the same time, European politicians are making serious efforts to limit the aggressive intervention of Madrid in the affairs of Barcelona, ​​believing that the lingering crisis and the dubious prospects for secession will nevertheless bring reason to the majority of the inhabitants of the region. Until now, the practice of such expectations did not justify too much, but very little time has passed since the acute phase of the crisis.

It seems that the current interim, as they are called in chess, the course of German justice is intended to give the opportunity to once again take hold of the passions. But not only. Berlin seems ready to test the ground again and again for the prevention of repetition of the Catalan scenario. And therefore, it does not interfere with the judges on the ground to show not only demonstrative scrupulousness, but also traditional European tolerance.